Every business has a story,

We use words and pictures to tell stories. Our stories create influence. They pique interest, facilitate engagement and change behaviour. We don’t want to just reach an audience; we want to meet them, enthrall them, entertain them and educate them. Only then can you have a relationship of real value. 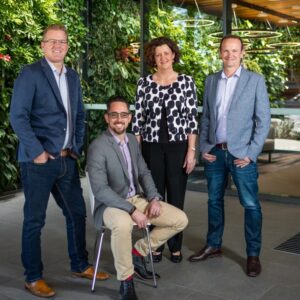 Our business is built on journalistic ideals that encompass inquisitive minds coupled with the desire to tell amazing stories. Our creative souls inspire us to make these stories look beautiful. Our embrace of data is what turns your story into success.

Owning the earned media has never been more important. Creating stories that engage, inform and educate the media is the foundation on which our business has been built. It gives us the experience to deliver strategic insight, tactical excellence and value-driven results.

Building, tracking and converting your audience across owned, earned and paid media channels is the first step to business success. Starting with in-depth data aggregation we help identify and reach your audience with the right tools so we are telling your story to the right people at the right time.

Visual storytelling is one of the most powerful ways to influence your audience’s perception. From your website to your Insta feed, to your email signature and business card, the way people see you can determine how they feel about you. First impressions certainly do count, and leaving a lasting one is paramount.

As the publishers of MBA News, we aim to provide the latest news, views and information about MBA courses available to prospective students.

We want our readers to understand the many options available for postgraduate business education and aim to be a vocal champion for MBA study and the pursuit of management excellence. 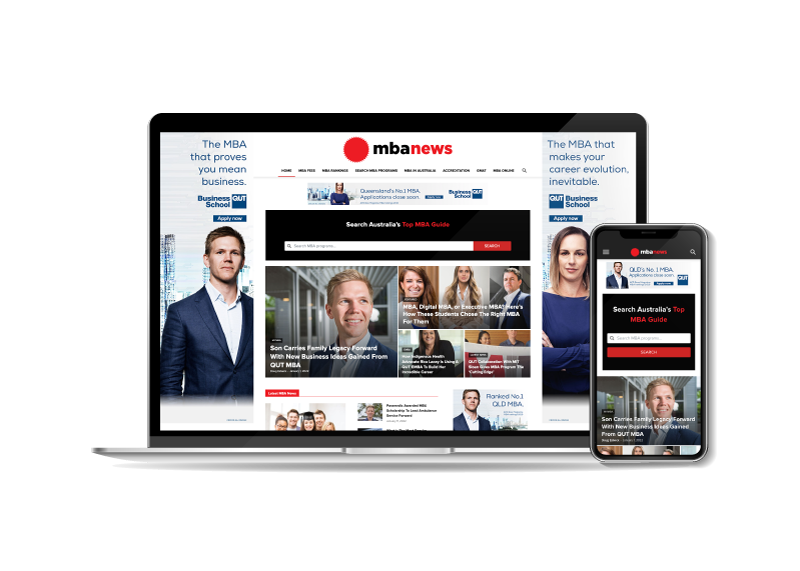 We Are Only As Good As The People We Work For

At RGC we pride ourselves on establishing and building lasting relationships. We have worked, and continue to work, for some of Australia’s best businesses, large and small.

As a low-cost business we work with an extremely lean team across the Australian market, and hence rely immensely on our agency representatives to operate alongside us as a genuine extension to our local marketing team. RG Communications certainly fits this requirement, working essentially as an external, yet full integrated and much respected member of our own team. 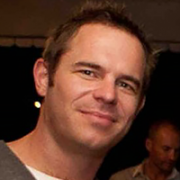 Stuart Myerscough
AirAsiaX
Ben, Brenton and the RGC team know how to produce great content. They have helped us build a highly engaged audience that has been an important part of achieving the commercial goals of the The Urban Developer. Importantly, they know and understand the property industry and can match that with great technical writing skills and an ability to meet tight deadlines. 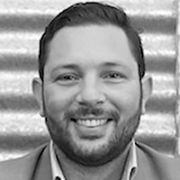 Adam Di Marco
Founder, The Urban Developer
Overall there is no doubt that the excellent exposure that RGC has been able to deliver for Daydream Island has positively impacted the business. He is extremely well connected in the Tourism and Hospitality industry and has a very strong work ethic. He has a relaxed communication style; is extremely responsive; addresses issues as a matter of urgency and follows through well. As a result I would not hesitate to recommend Brenton and the team at RGC. 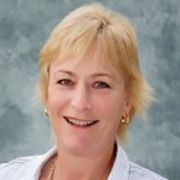 We take pride in what we do: Delivering creative solutions that drive real results. 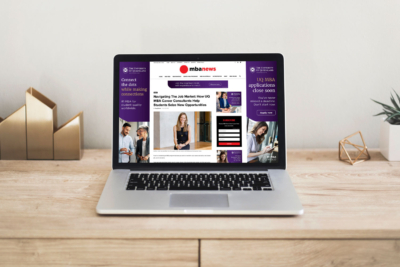 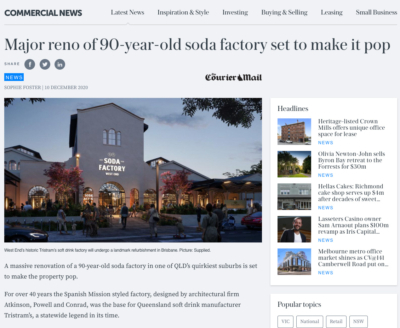 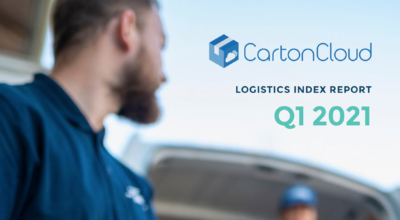 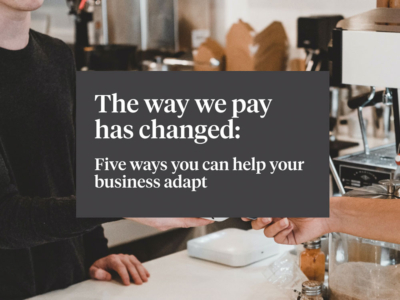 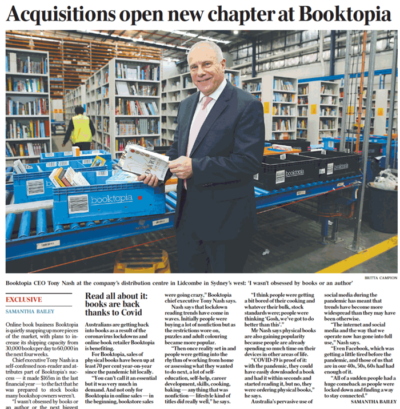 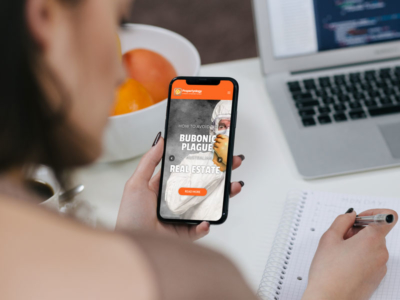 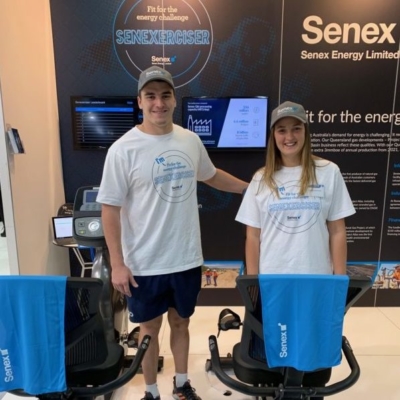 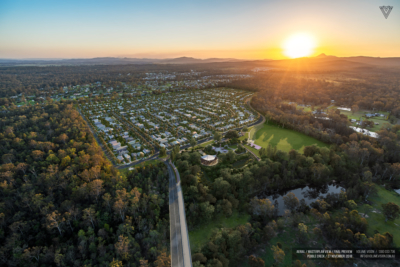 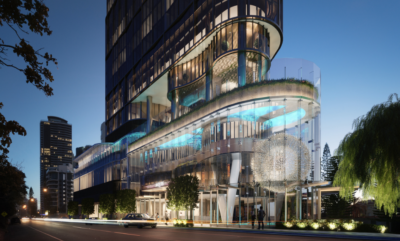 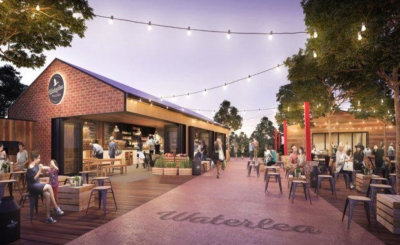 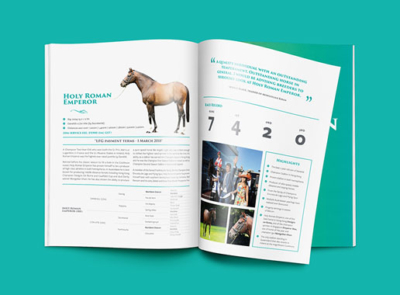 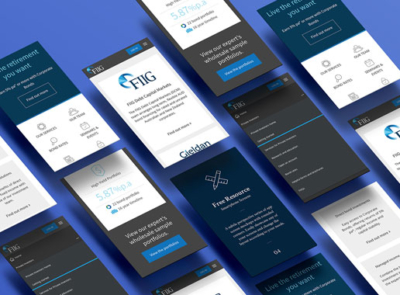 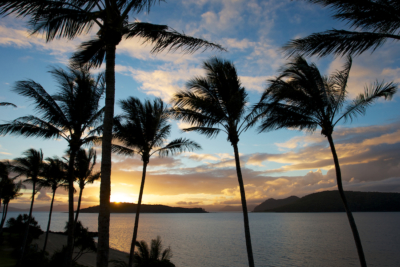 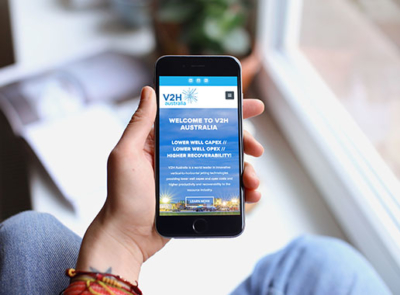 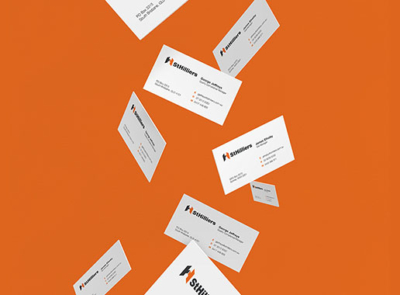 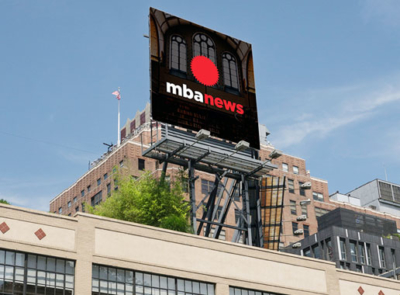 The latest insights, client news, advice and commentary from our world and beyond. 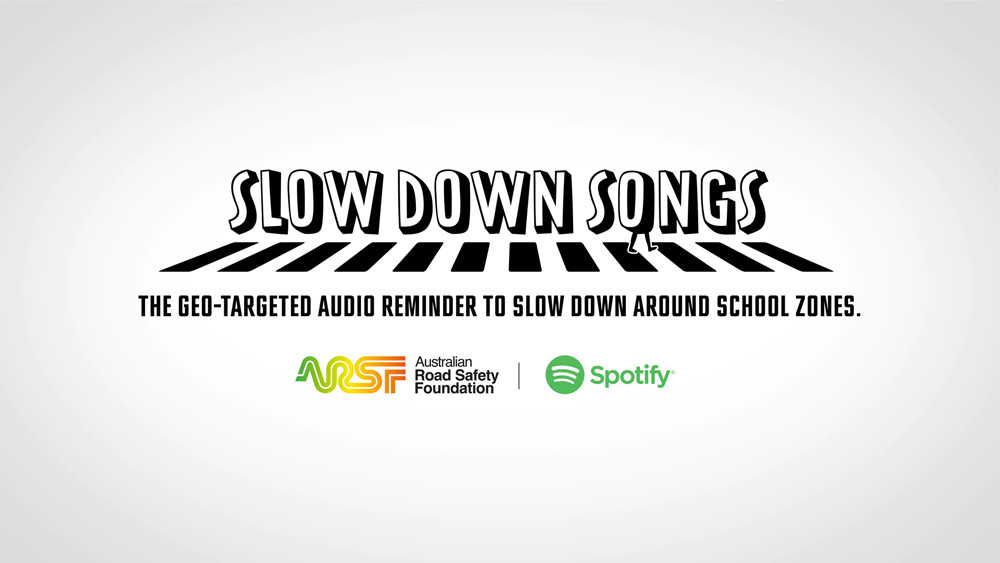 Brother & Co has taken out Best of Show at the 2021 Brisbane Advertising and Design Club Awards for their ‘Slow Down Songs’ campaign for client Australian R ... 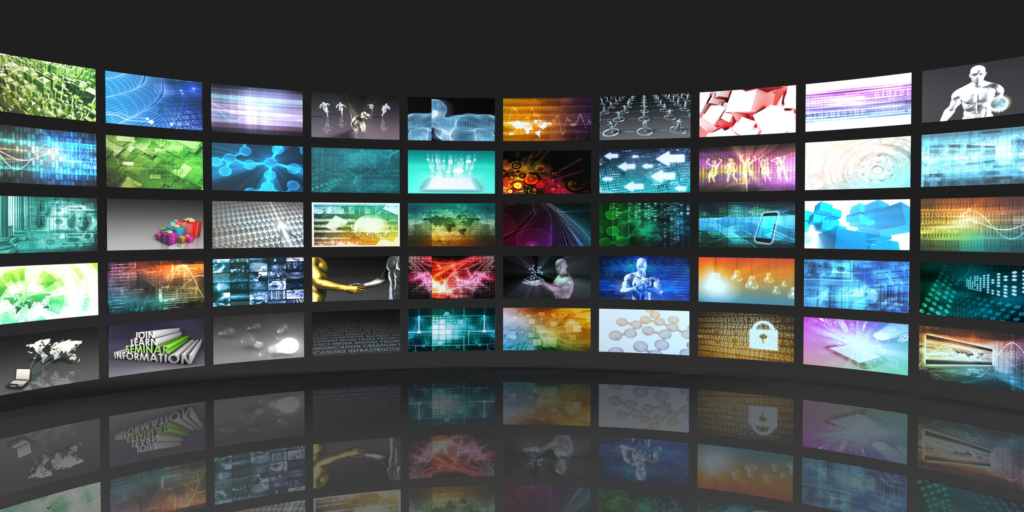 How people consume media has changed since the onset of the pandemic and it’s a complex battleground out there for content creators and advertisers to reach the ... 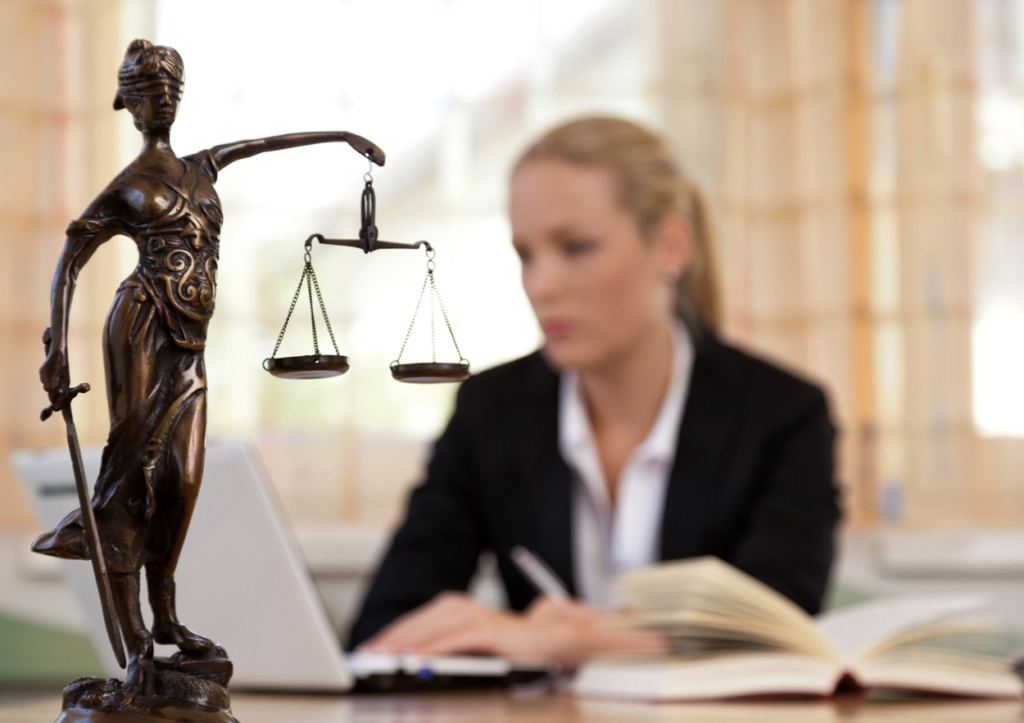 Many Facebook users and page administrators are hoping a review of Australia’s defamation laws will bring the country in line with other jurisdictions following ...

Every business now has access to mountains of data about their customers, their products and their industry. Mining that data and using it to create exciting an ...

The Secret To Our Success

In 2011, there were about 150 companies providing marketing technology solutions. There are now more than 5,000.

Why? Because martech helps marketers evolve with the changing needs of the customer. Building a client specific martech stack helps us get the right message in front of the right customers – at the right time.

Long gone are the days of “one size fits all” promotional messaging – the modern marketer needs a stack of tools to deliver personalised, contextual content to new customers, converting leads, and helping deliver better results. 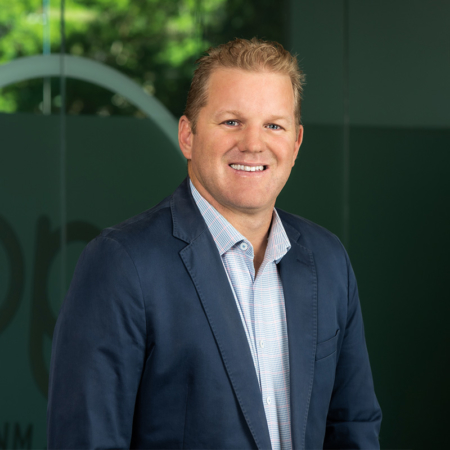 Ben has been a journalist, communications and marketing professional for more than 20 years. He started his career as a journalist with Quest Newspapers in Brisbane before stints as a business writer with Australian Associated Press (AAP) and Dow Jones Newswires in London.

In 2003 he joined a small Brisbane media publicity firm as a consultant and became a director in 2007. He created the company’s in-house creative studio (now part of RGC) and niche publishing site MBA News Australia.

In 2014 he established RGC Media & Mktng and launched short order content portal Content On Demand in 2016. He holds a BA (Journalism), MBus (Communications), Diploma of Investor Relations (AIRA) and an MBA. 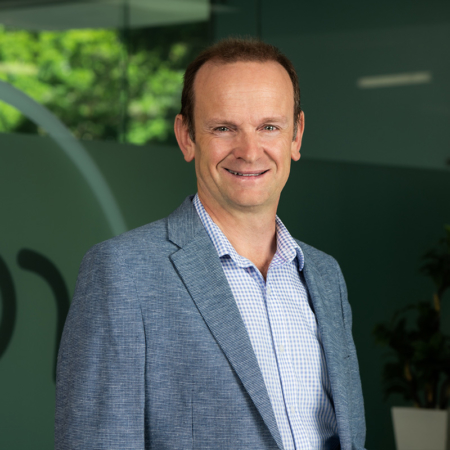 He has advised a number of large listed corporations, privately held businesses and professional services firms and manages a team of professionals to deliver positive communications outcomes utilising varied channels.

Brenton has an integrated approach to communications in terms of a whole marketing approach and delivering superior content to enhance brand profile and maintain reputation.

Brenton holds a Bachelor of Management (Marketing) degree and is a member of the Australian Institute of Company Directors. 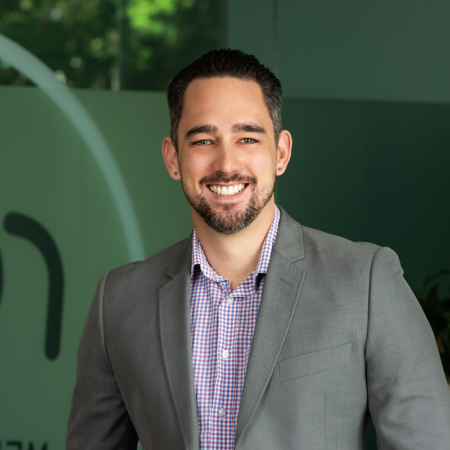 Luke is a keen entrepreneur with an eye for detail, and brings over 10 years of design and marketing experience to RGC Media & Mktng where he serves as Head of Marketing & Design.

He has been responsible for creation and implementation of digital and traditional marketing strategies in a wide range of roles at ASX-listed companies, design and marketing agencies, and his own startup businesses.

Luke prioritizes strong user experience in his design work, and adheres to the idea that every great design begins with an even greater story.

Always looking to stay ahead of the ever-changing digital landscape, Luke maintains his Google accreditation and is committed to improving his digital knowledge day in, day out. 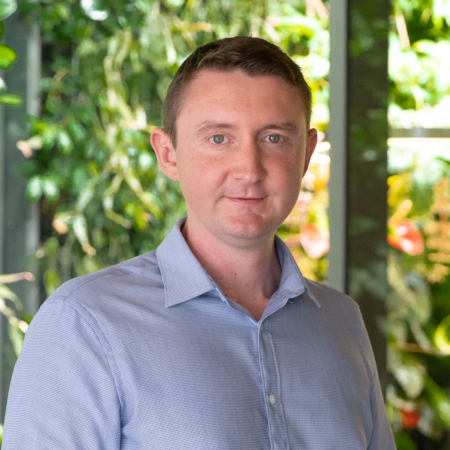 Douglas is a Media and Content Specialist at RGC Media & Mktng. He was a journalist and editor for News Corp’s community news network in Queensland where he covered general news, business, sport and development. He has worked as a Media Advisor to the Opposition Leader in Queensland where he was responsible for content creation, media relations, pitching stories and communication strategy execution. Douglas brings more than 10 years of experience in writing, editing and communications to the role.
Shopping Basket