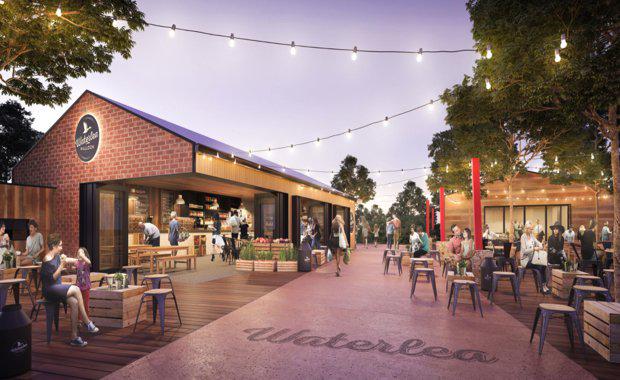 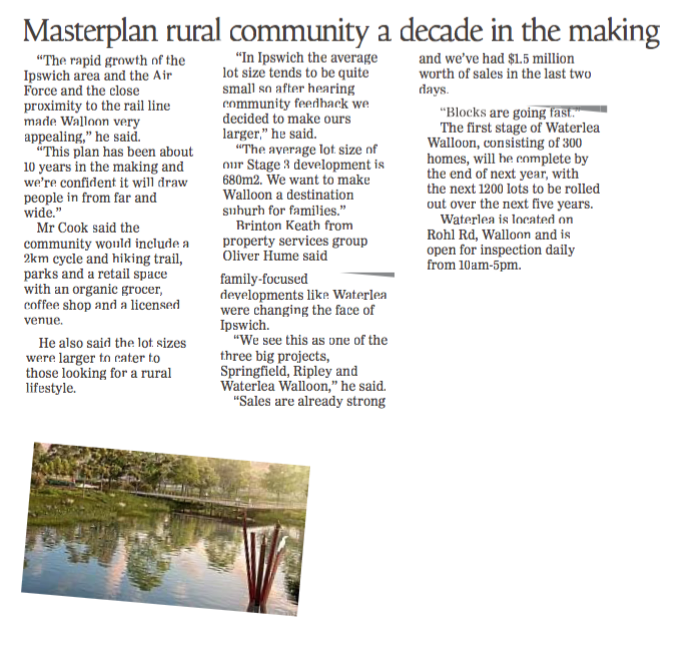 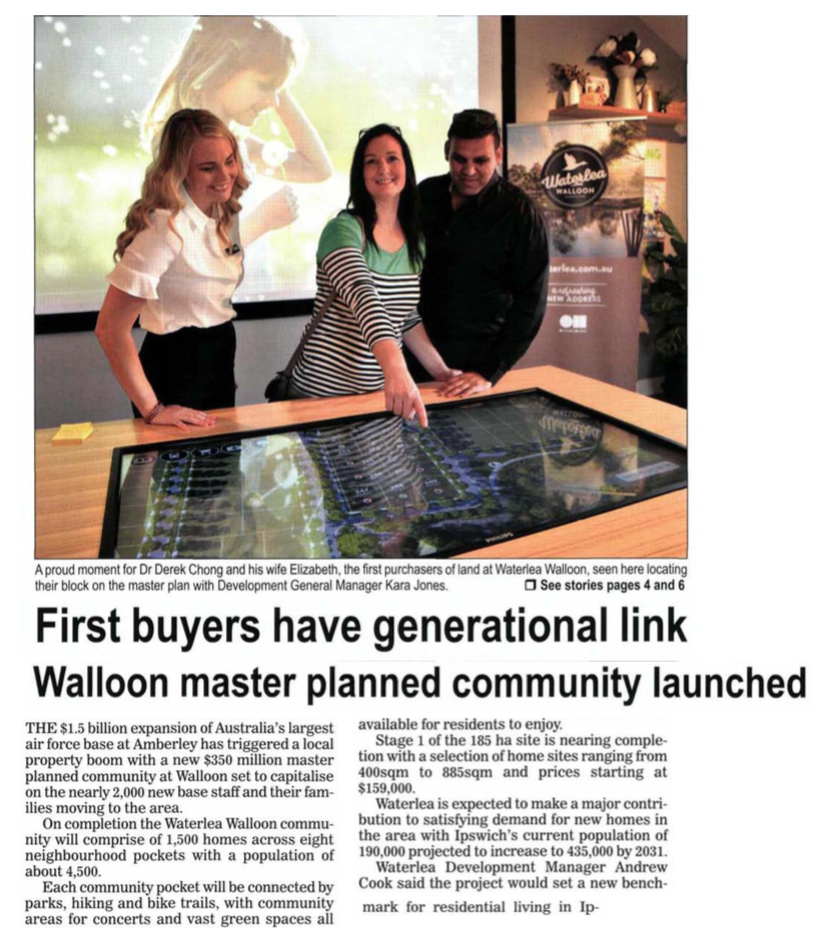 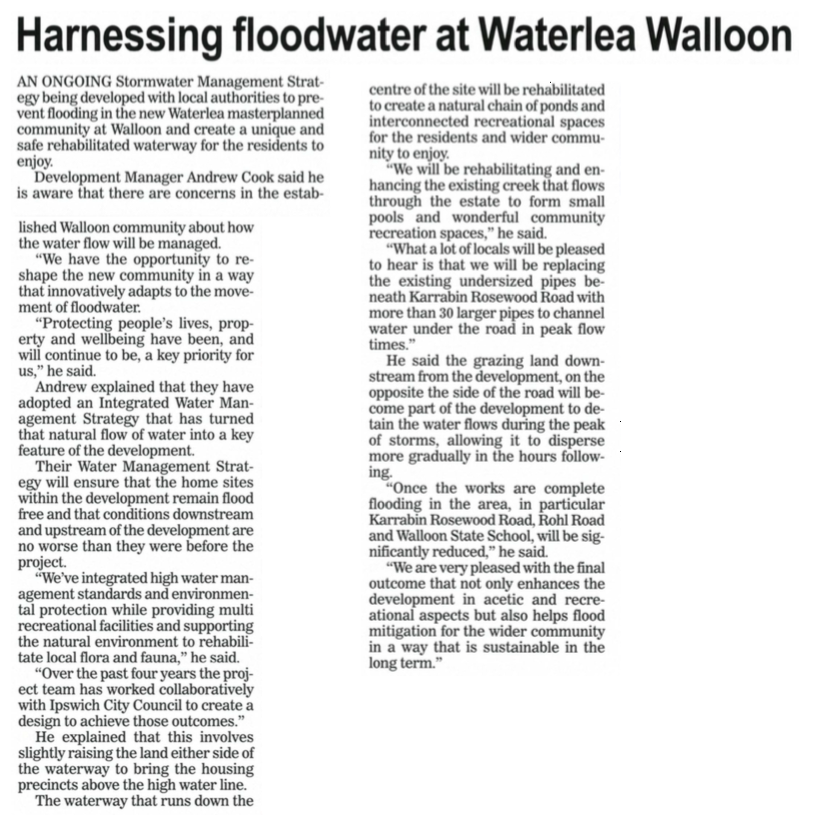 RGC was engaged to manage the launch of a $350 million master planned community at Walloon near Ipswich. Known as Waterlea, the development was going to include 1,200 lots on completion and be a major residential location in South East Queensland.   The aim was to generate a high volume of online and traditional media coverage as part of an overall strategy to establish a strong online presence for the project. This was achieved by designing a range of informative and eye-catching infographics, and establishing an array of appealing and customised news angles for local news, like the focus on the project’s proximity to major employment hubs.   Thanks to the well of local media knowledge brought to the project, the launch generated extensive online, traditional and broadcast media coverage, attracting four separate major media outlets including Queensland Times, Courier-Mail and Channels 9 and 7. The online coverage retained strong SEO benefits nearly 12 months after the launch.
Share 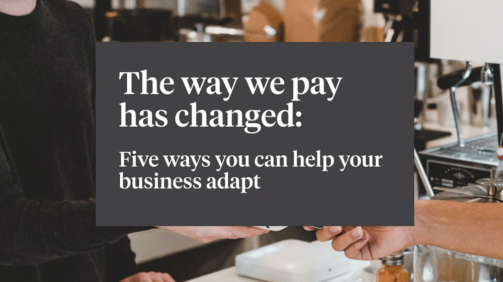 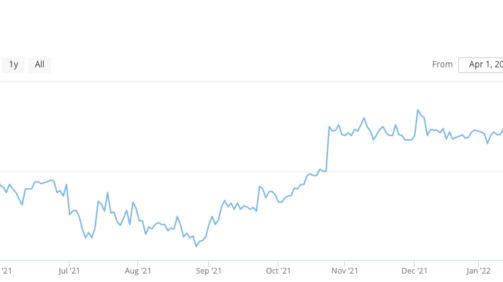