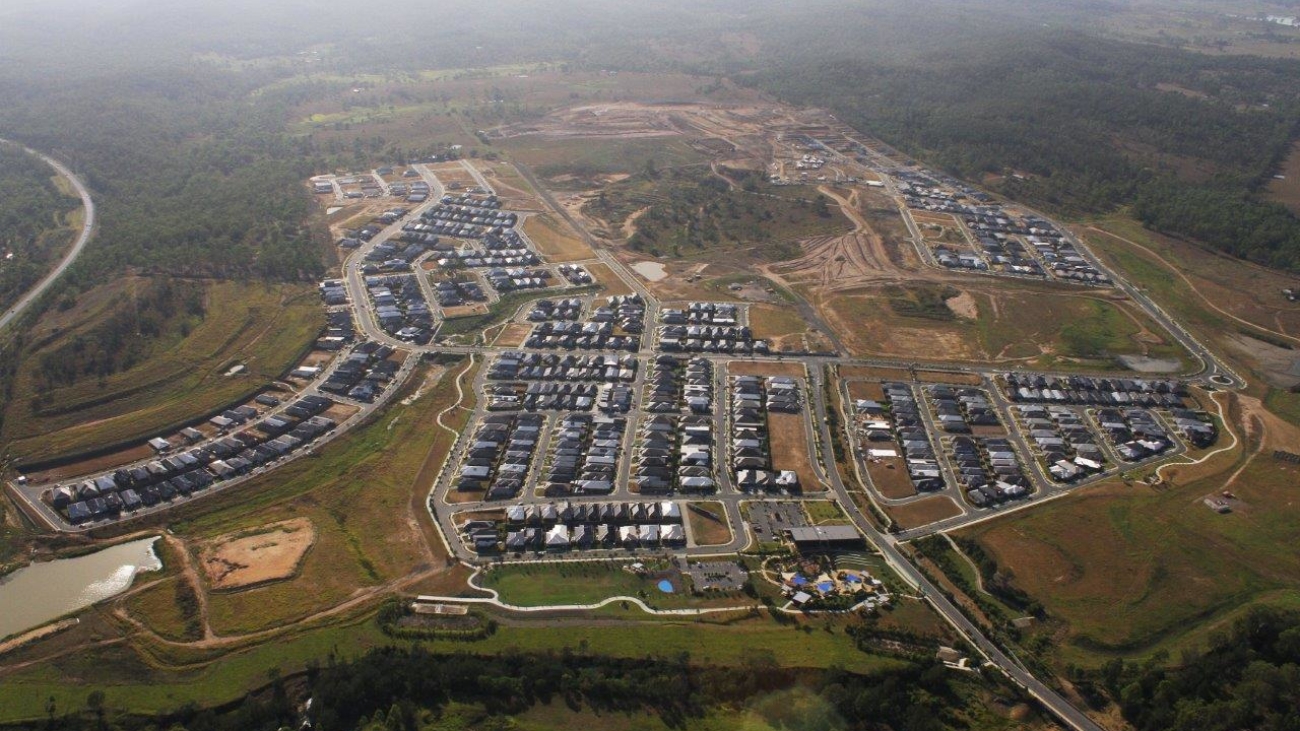 AMEX Corporation’s $1.2 billion Providence masterplaned community at South Ripley has launched another major land release at the project amid an ongoing boom in Ipswich property prices.

The new Silverleaf release, which is part of Providence’s Horizons precinct, includes a total of 16 lots ranging in size from 350sqm to 463sqm.  Prices start from $197,900 for smaller lots with an average price of just over $212,000.

“We have seen steady and sustainable growth in prices for a number of years now despite a strong increase in the amount of new land being developed in the region,” Mr Khan said.

“This reflects the affordability of Ipswich and continued improvement in the economic outlook for Queensland.”

New research by Oliver Hume released last week showed the land market in the Ipswich was the second strongest performer in SEQ throughout 2017, with average prices rising 4%, behind only the Gold Coast where growth topped 8%.

Ipswich also recorded more than 1 in 4 of the total number of project land sales in south east Queensland in 2017.

Oliver Hume General Manager Queensland Matt Barr said despite a slight decrease in lot sales across SEQ as a result of the Christmas period, the Ipswich market was expected to benefit from a surge in demand during 2018, largely due to a rebound in employment and population growth driven by net interstate migration.

Mr Barr said that while premiums were being paid for large lots, Ipswich remains the most affordable catchment within the SEQ market, and it’s this factor that will continue to underpin its growing demand and will continue to be the strength of the SEQ land market for the next 5 to 10 years.

Mr Khan said the new lots at Providence’s $60 million Horizon precinct would answer the prayers of those contributing to the growing demand of the SEQ land market.

“Our new lots represent real value for money, with a diverse range of sizes and easy access to the planned Providence Town Centre and family-based amenities,” he said. The Horizon precinct includes one of Providence’s “three peaks” elevated hilltop parks and a major district park, with easy access to the future P-12 school.

“We know that buyers are fuelled by a desire to have as much of their lives within easy reach while still able to maintain a quality lifestyle,” Mr Khan said.

“The newest release in Horizon ticks all of the boxes for anyone trying to get a foothold into the property market or looking for a place to settle down and raise a family.”

Providence is the largest masterplanned community in the Ripley Valley growth corridor where there is a massive $4.4 billion worth of residential projects currently underway which will ultimately provide around 50,000 dwellings to house 120,000 people.

Mr Barr said the Ripley Valley remained one of Queensland’s hottest property markets due to its proximity to job hubs at Ipswich, Amberley and Springfield.

“The Centenary Highway residential corridor will be become the epicentre for residential housing growth in Queensland over the next decade with hundreds of people moving into the area every month,” he said.

“This trend will be the case for the next 20 years due to the number, scale and quality of the major projects that are now being developed along the Centenary ‘road to riches’ Highway.” 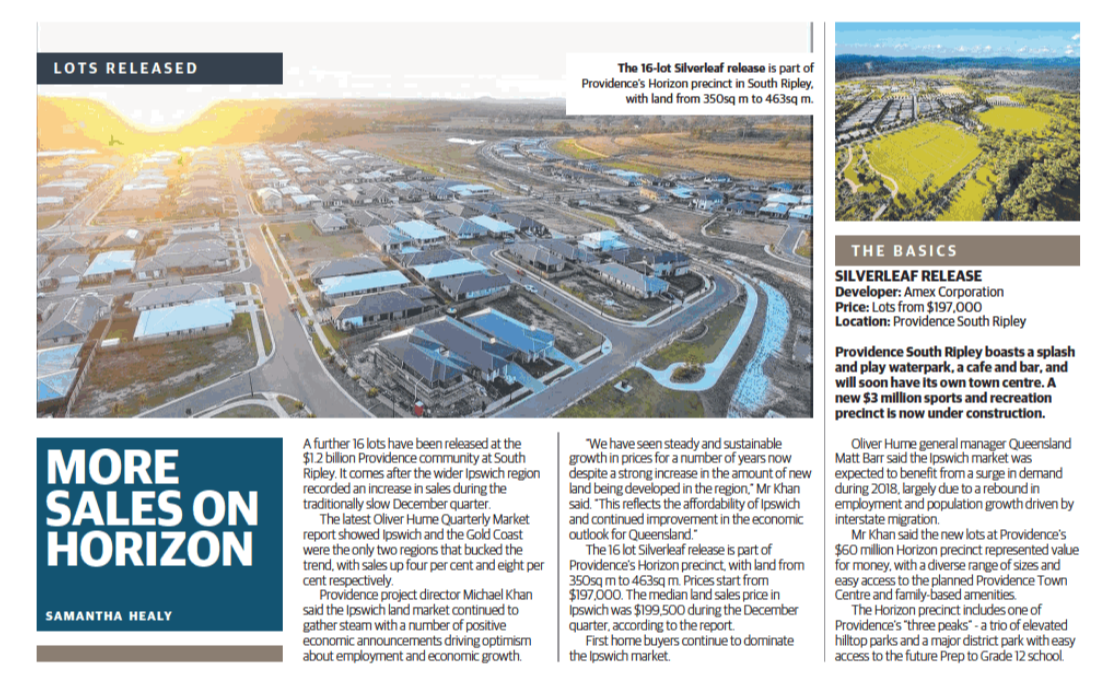