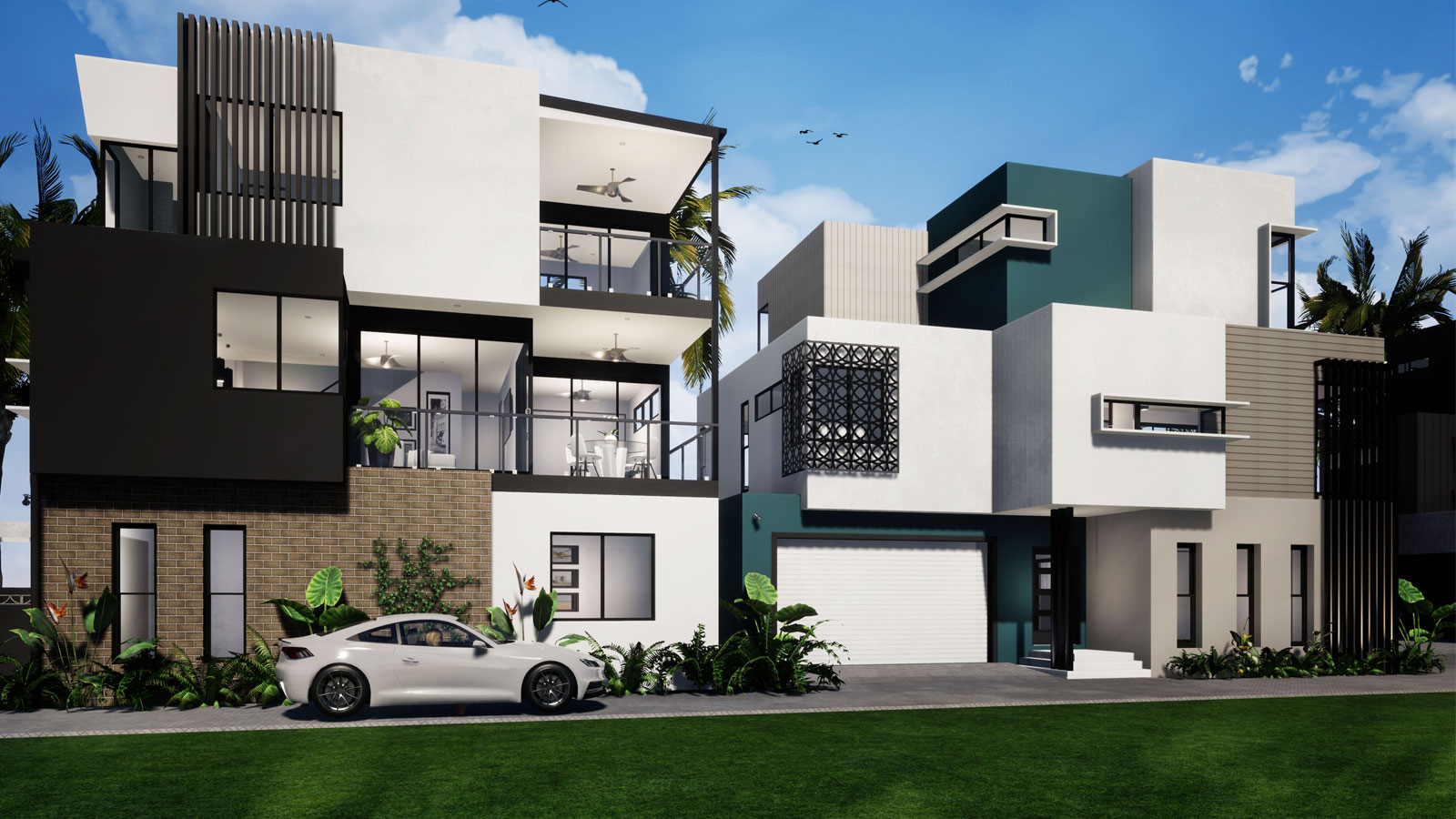 The new brand will be applied to the company’s existing Bilinga and Rainbow Bay projects, as well as a new project at Cabarita in northern New South Wales which is expected to be unveiled within months.

The company’s Scenic Ridge project at Bilambil Heights, which is expected to be finished in mid-2020, will not be re-branded.

“We build high-quality beach homes, not cookie cutter apartment buildings, and we think there is a real and growing market for the product,” he said.

“It is a product type that has been woefully neglected for decades on the Gold Coast where developers have only been interested in delivering a slightly different version of the building next door with smaller apartments and a higher yield.”

The company has also recently acquired a new development site at Cabarita where it is planning a new $20 million housing project.

The Golden Four project, the first of its kind on the Gold Coast for 30 years, received final approval earlier this month (March) with preliminary civil works due to commence shortly.

Sherpa has focussed on the identification of development sites suitable for traditional subdivision, with stand-alone homes on individually titled lots with no body corporate.

Projects are structured to allow buyers to complete the purchase of the land and then work with a builder to customise pre-approved home designs. The structure of the purchase contract means buyers can save hundreds of thousands of dollars on GST and Stamp Duty.

Mr Leet said that in many instances’ buyers can get a new home on their own land for roughly the same cost per sqm as an apartment which has huge ongoing Body Corporate expenses.

“Body Corporate living is not for everyone,” Mr Leet said. “We want to make sure people have the Freedom to choose how they live and are not forced into apartment living for no other reason than lack of choice.”