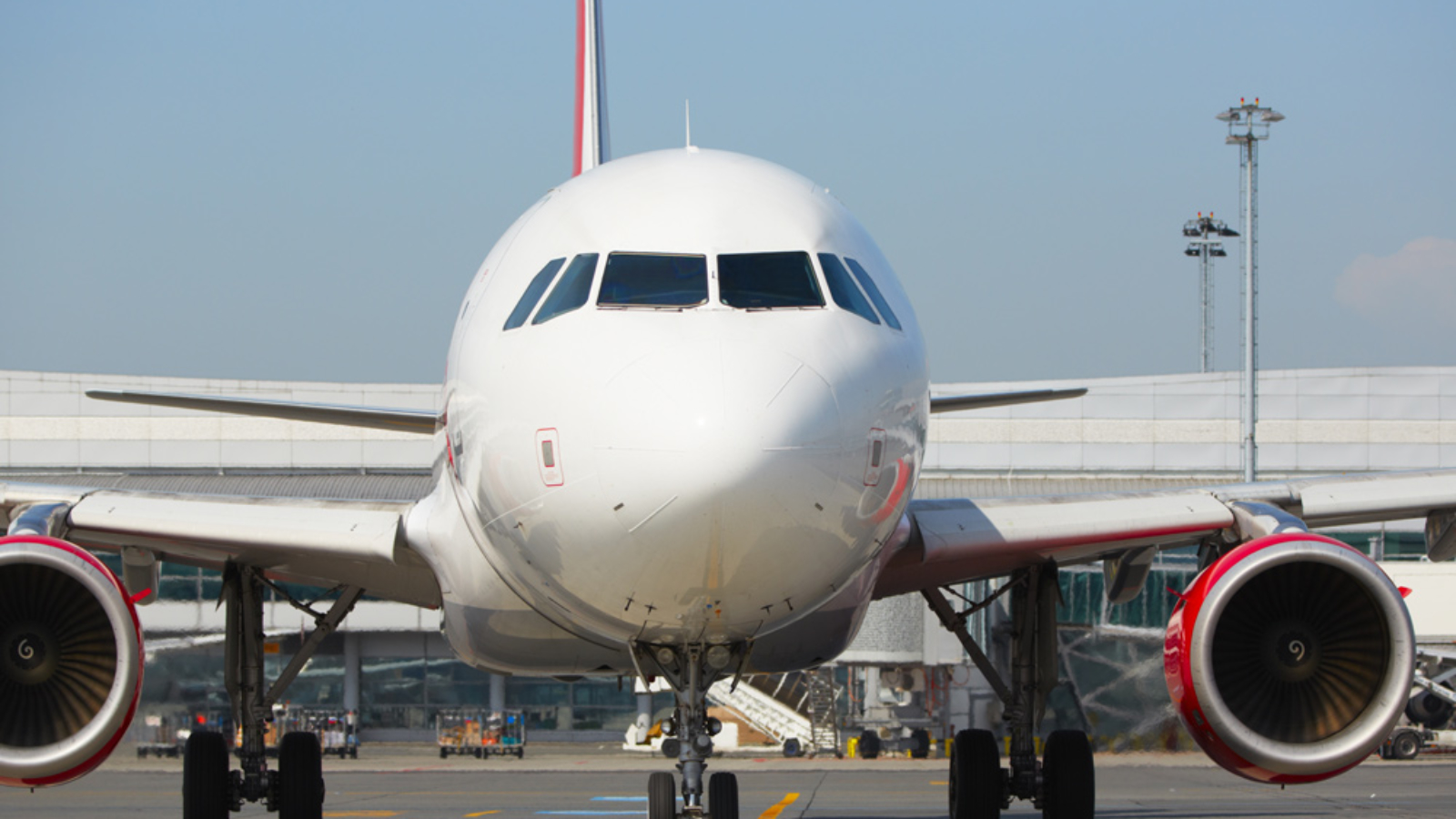 Travellers paid more for their domestic tickets in 2017, while corporate international fares remained flat and leisure travellers paid on average 4.3% less for their long-haul tickets.

The report includes a benchmarking study that compares tickets purchased from FCTG’s corporate and retail businesses in 2017 compared to 2016 and 2015 airfares.

Felicity Burke, General Manager of 4D, said the ticket increases the business had witnessed during the year in the domestic space had been driven by strong consumer demand, steady tourism growth and gradual increases in carrier published fares.

“Both Qantas Airways and Virgin Australia increased their published airfares during the year, with the largest percentage increases on the economy class restricted airfares,” Felicity said. “The carrier-driven increases have pushed the cheaper ‘leisure traveller’ airfares upwards to the range of 2.5% to 8%. Also noted are business class fare increases of between 2% to 8% and economy class flexible fares 2% to 7% during 2017.”

Felicity said the positive news was that international economy fares for corporates had remained flat in 2017 and leisure travellers had another year of excellent value, low-priced long-haul fares.

“Competitive international airfares, new direct flights such as the Perth to London, more frequent services, continually improved in-flight amenities plus unprecedented discounting on some routes are but a few of the positive takeaways from 2017,” Mr Turner said.

“If the price of oil continues to rise this could potentially mean ticket prices may increase in the near term. But we’re still going to see some excellent value across the international and domestic landscape as airlines compete for both the corporate and leisure dollar.” 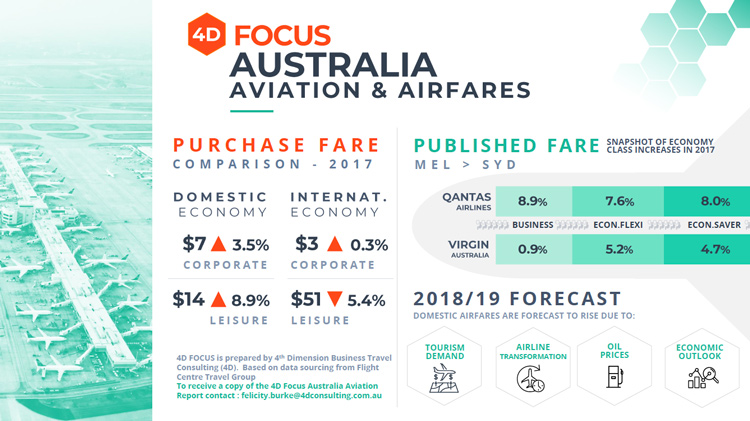 Qantas’ recent start of non-stop services between Perth and London is the first of new city pairs to be offered by the airline as it welcomes new long-range aircraft to its fleet.  Qantas is also targeting ultra-long haul flights from the east coast of Australia to London and New York by 2022.

John Simeone, Qantas’ Head of Business and Government Sales, said in the report, ‘We’re seeing growth across all markets including the resources sector and the arrival of new aircraft allows us the chance to open new routes, just like Perth-London’.

The report indicated that Virgin Australia continued to focus on its guests’ travel experience rolling out wi-fi across the majority of its fleet, introducing Melbourne to Hong Kong flights in 2017 and commencing Sydney to Hong Kong services in July this year.

Some of the key findings in 4D’s report are below.

Felicity said the increase in in-bound visitors and domestic tourism, had also impacted the availability of domestic seats with load factors reaching nearly 80% in 2017.

“The demand for domestic seats in the leisure space was very strong last year, which has also affected ticket prices,” she said.

The 4D report indicated a 2.5% and a 4.6% increase for corporate and leisure domestic fares during the next 18 months provided the carrier mix remained the same along with a positive outlook for the domestic economy.

Additionally four key industry themes have been highlighted for the year ahead:

0 shares
Shopping Basket
0 shares
We use cookies to ensure that we give you the best experience on our website. If you continue to use this site we will assume that you are happy with it.Ok