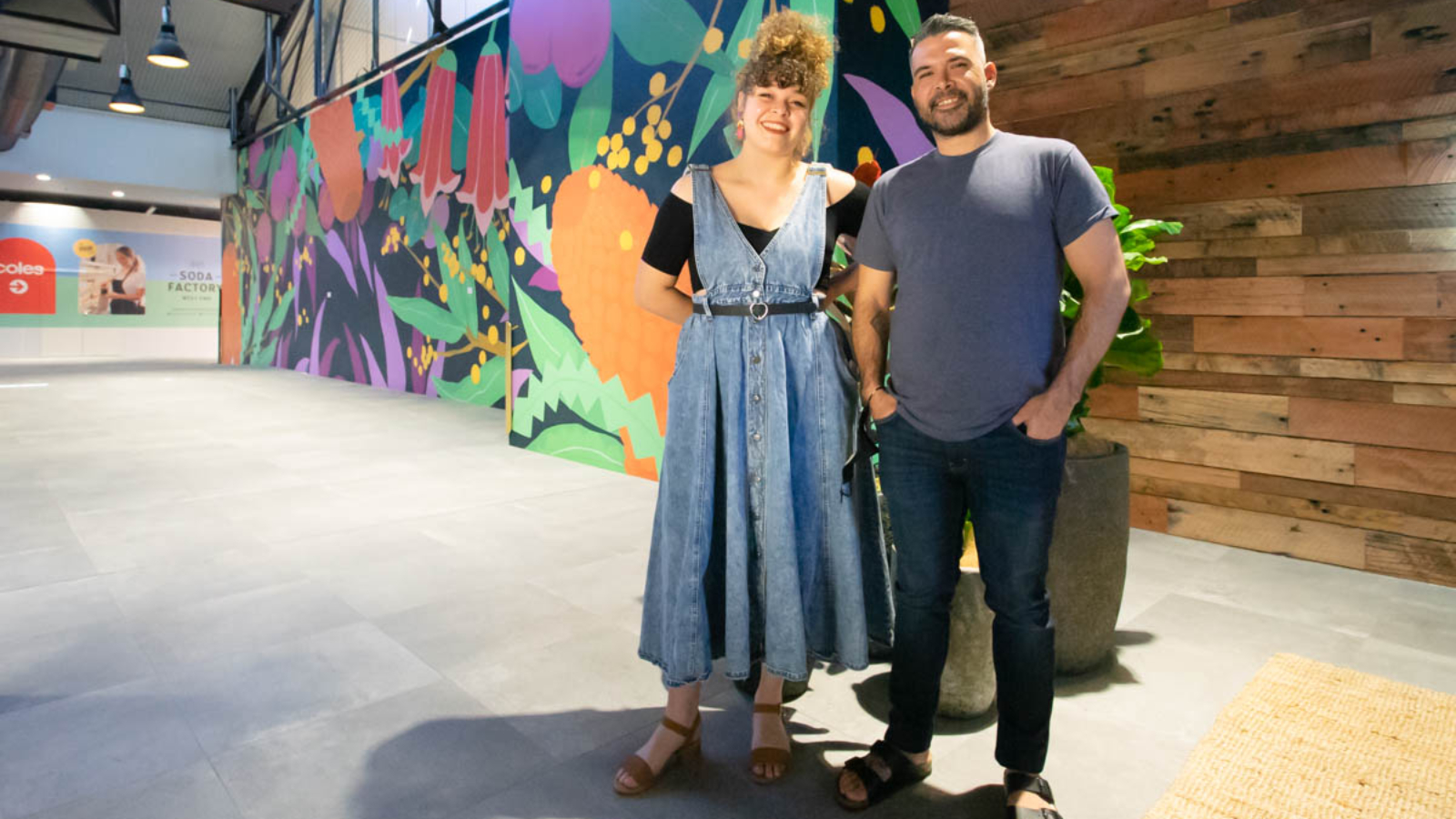 West End’s reborn Soda Factory development has unveiled a stunning wall mural in the refurbished shopping centre created by two local Aboriginal artists, which connects the area’s significance for Aboriginal people with the more recent history of the site as the Tristram’s Soda Factory.

The mural was created and installed by Tori-Jay Mordey, an established Torres Strait Islander illustrator and artist based in Brisbane, and Warraba Weatheral, an installation and street artist from the Kamilaroi Nation of South-West Queensland.

The Soda Factory is nearing completion of a multi-million-dollar refurbishment which is paying homage to the building’s original use as a soda making and bottling facility for iconic Queensland soft drink brand Tristram’s.

A refurbished Coles neighbourhood centre is operating, and on completion The Soda Factory will include 22 specialty stores and 220 car park spaces. New travelators providing convenient access are now also operating.

“We wanted to create a unique destination for shoppers and diners in West End and celebrate the rich connections that Aboriginal people have with the area which is reflected in this beautiful mural from two very talented artists,” SCA Senior Development Manager Aleisha O’Connor said.

“Drawing from this narrative the artists made connections with the history of the area through native plant species which were used as food and medicine.

“This narrative is intertwined with the more recent history connected to the Tristram’s Soda Factory including the use of the bottlebrush flower which was used as a sweetener for flavouring drinks.

“These elements have been beautifully included in this colourful mural which helps describe the history and characteristics of the area.”

The official opening of The Soda Factory will be held in November 2021. 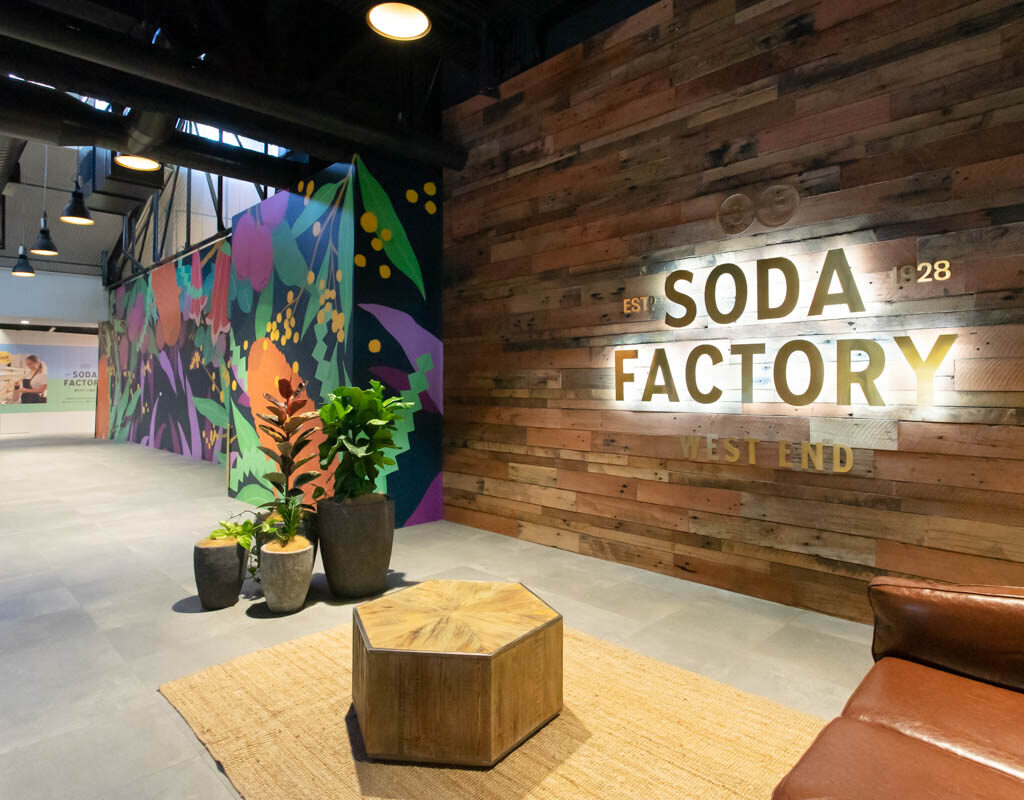 The Soda Factory is undergoing a complete revitalisation of the building, including major upgrades to the mall scape and outdoor dining spaces celebrating its industrial heritage through materials and detailing to create a relaxed, timeless palette with an urban edge.

The refurbishment will include a new internal mall area, new travelators and lift, upgraded amenities, activated street frontage and redeveloped car park. The building’s heritage elements are being retained with a particular focus on restoring and rejuvenating the building’s main façade.

Designed by prominent Brisbane architectural firm Atkinson, Powell and Conrad, and built by well-known builder Walter Taylor the unusual Spanish Mission styled factory building was constructed in 1930 for soft drink manufacturer Tristram’s. The building remained in use by Tristrams until 1979 before it was sold and converted into markets.

Tori-Jay Mordey is an established Indigenous Australian illustrator and artist based in Brisbane. Growing up she openly shared both her Torres Strait Islander and English heritage, which is often reflected in her contemporary Indigenous art practice – producing work based around her family and siblings as a way of understanding herself, her appearance and racial identity.

Warraba Weatherall is an installation and street artist from the Kamilaroi Nation of South-West Queensland. Weatherall’s practice critiques the legacies of colonisation; where social, economic and political realities perpetually validate Eurocentric ideologies. Drawing on his personal experience and cultural knowledge, he uses image, material and metaphor to contribute to a cross-cultural dialogue by offering alternate ways of seeing and understanding.