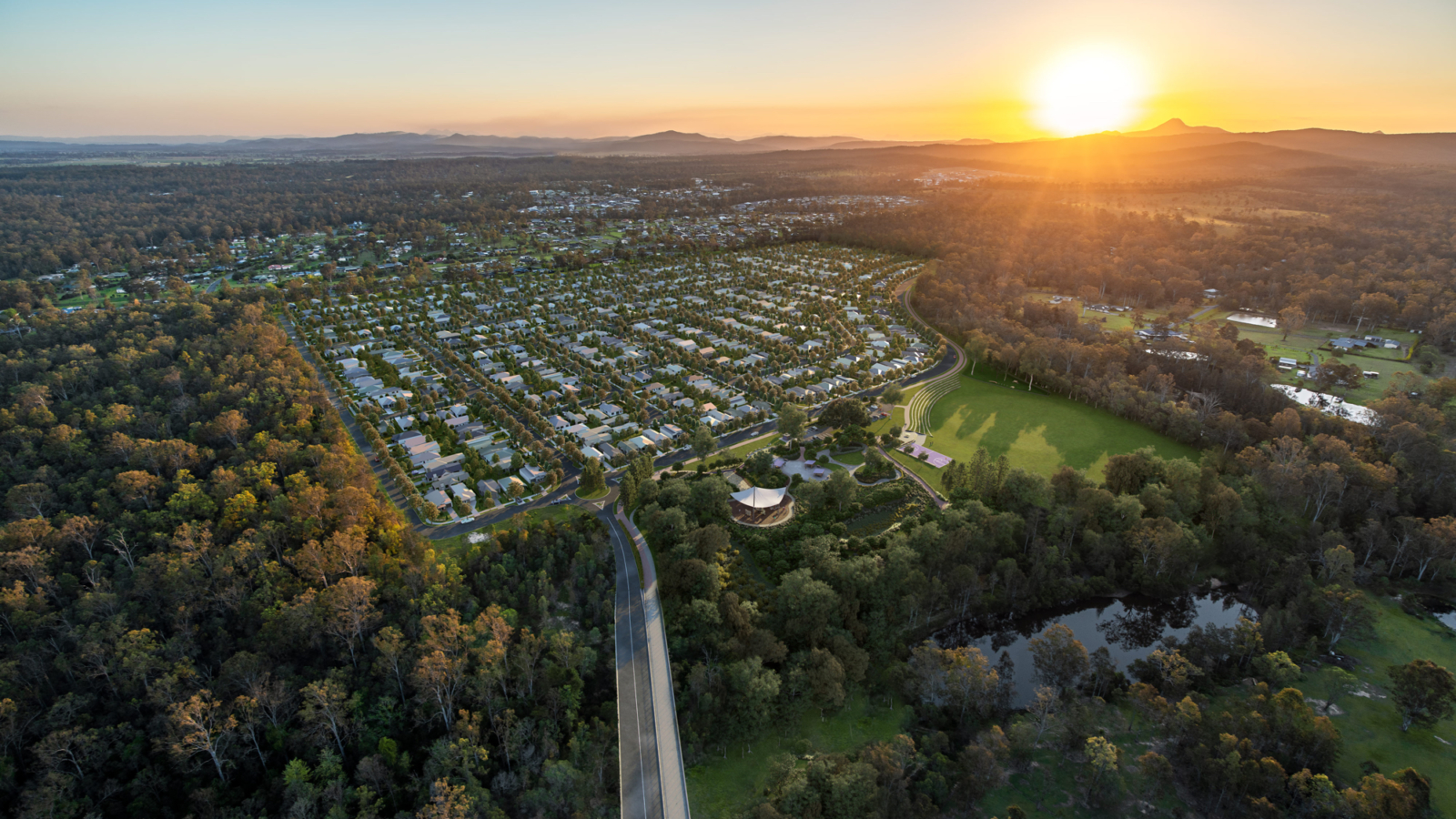 Brisbane’s southwest growth corridor is set for a new wave of growth after the launch of a new 650-lot, $120 million residential community in the heart of the Greater Flagstone Priority Development Area (PDA).

The new park will wind along Flagstone Creek with the developer set to undertake extensive remediation and revegetation along the creek to create a family-friendly destination.

Major civil works on the community have now commenced, including construction of a new $4 million bridge over the creek that will link the project to Mountain Ridge Road, South Maclean.

“The Greater Flagstone PDA has begun to build momentum over recent years, and we think it will be one of Queensland’s fastest growing areas over coming years as the nearby employment hubs really kick into gear,” he said.

“With Queensland experiencing strong interstate migration and a rapidly growing population and with Pebble Creek set to provide some of the most affordable land in the country close to a capital city and secondary employment hubs, we are confident the project will be a huge success.”

Mr Hailey said the new $3 million park would be a great asset for the entire South Maclean community.

“With the project nestled along the banks of Flagstone Creek, we had a unique opportunity to create an outdoor recreation and adventure destination that would be unmatched in the area and provide options for people of all ages,” he said.

While the built form of the park will entice visitors, park designer Dean Butcher of SLR Consulting said nature would be an integral part of the experience.

He said vegetation and ecology would be blended into every aspect of the park in order to prevent the feeling of over-urbanisation, and instead give residents and visitors the feeling of “being one with nature”.

“The playground, for example, is positioned so it feels like it is nestled within the trees and the picnic facilities are integrated with enough vegetation to provide plenty of natural shade,” he said. “A section of the park has also been allocated for rehabilitation and feature planting, providing a section that will one day reflect a time of uninterrupted forestry.

“The layout will embody the whole natural movement of water into the design, from linked facilities right down to the meandering pathway that is reminiscent of the flowing creek.”

Pebble Creek will be Orchard’s largest project to date and comes after the successful completion late last year of PineVue @ Maudsland (110 lots) and The Rise @ Thornlands (156 lots). Other completed Orchard projects include the $105 million Silkwood at Mount Cotton, Park Central @ Oxenford and The Outlook @ Oxenford.

Located just north of Jimboomba and 45 minutes drive from Brisbane, South Maclean is one of a number of suburbs in the area that is undergoing transformative growth thanks to a comprehensive masterplan as a result of its designation as a Priority Development Area (PDA) by the Queensland Government.

The Greater Flagstone PDA was declared in 2010 and covers a total area of 7,188 hectares. It is located west of Jimboomba and the Mount Lindesay Highway, along the Brisbane-Sydney rail line. It is immediately north of the Bromelton State Development Area.

When fully developed it is anticipated that the Greater Flagstone PDA will provide approximately 50,000 dwellings to house a population of up to 120,000 people.

Existing employment hubs at Park Ridge and Logan Central and proposed economic development at North Maclean, Bromelton and within the adjoining Flagstone Town Centre will provide a range of job opportunities.

3shares
Shopping Basket
3shares
We use cookies to ensure that we give you the best experience on our website. If you continue to use this site we will assume that you are happy with it.Ok