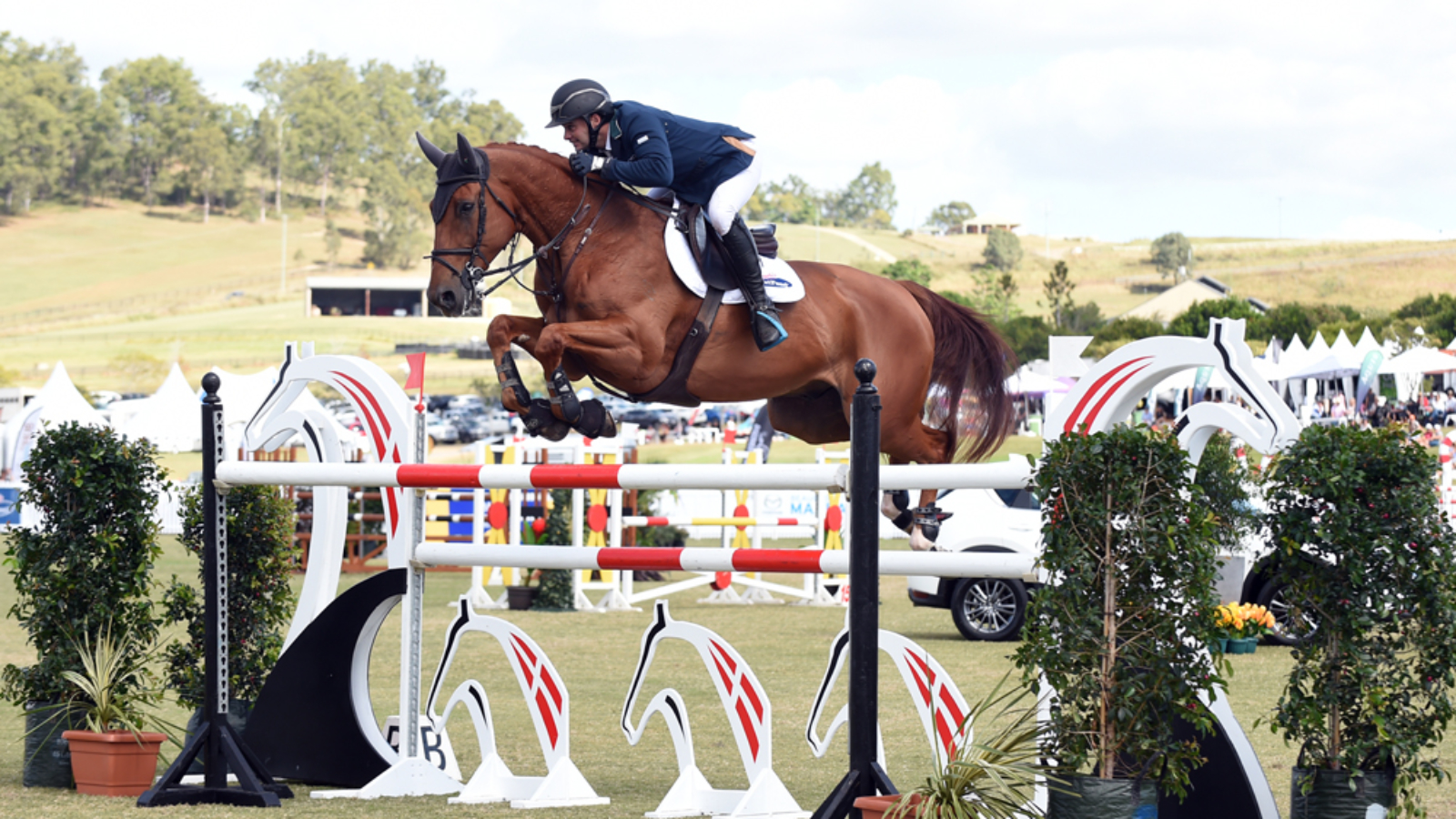 The Aquis Champions Tour showjumping event has concluded at Elysian Fields at Canungra on Sunday (May 6) with a narrow win by rider Merrick Ubank after he rode Alantinus to win the Pryde’s EasiFeed Gold Tour Final on Sunday in front of an excited crowd.

Ubank scored the win by just .35 of a second from Clint Beresford and Emmaville Jitterbug to claim the first prize of $35,000 in the richest event on the Australian Jumping calendar.

More than 300 of Australia’s best showjumpers have competed on the Gold Coast in a nine-day program for more than $340,000 in total prize money at the third annual Aquis Champions Tour.

Competition manager Michelle McMahon was delighted with the quality of competition at the prestigious event.

“Over the course of the program we’ve seen some spectacular jumping and tough competition with competitors from all Australian states and international entrants from Japan and New Zealand. Elysian Fields has been a first-class venue and this has been reflected in the quality of this elite event.”

The Coolmore Silver Tour was won by Stephen Dingwell riding Cavalier Du Rouet, just .06 of a second ahead of Tom McDermott and Elegance De La Charmille. McDermott had paid double entry fee for the chance to win triple prizemoney, which resulted in him winning $12,000 for this class. 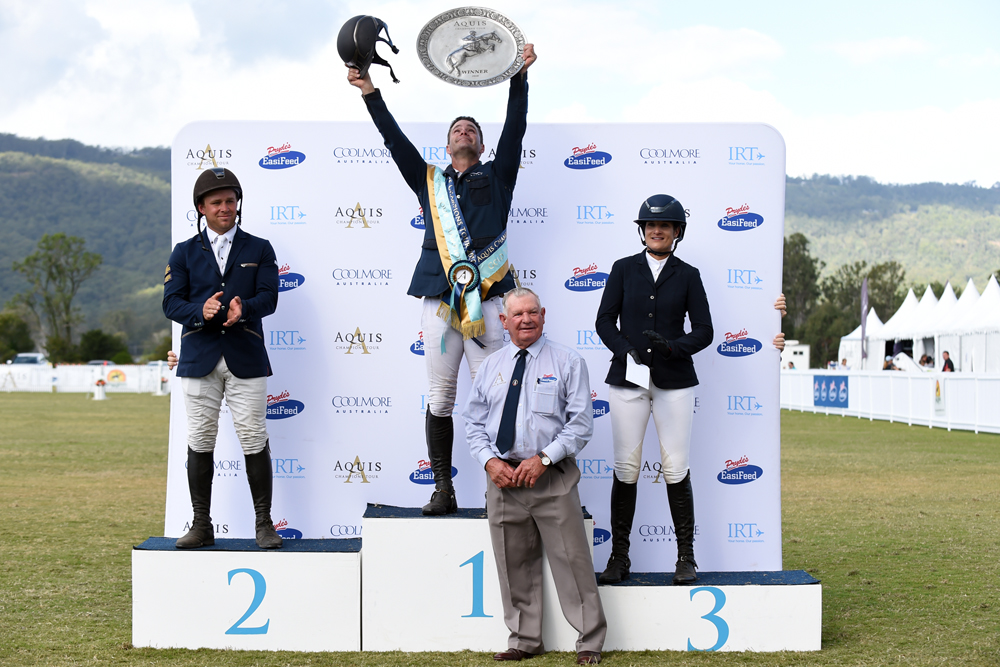 McDermott riding Alpha Activity then went on to win the hard-fought IRT Bronze Tour.  He beat Chris Chugg and KG Queenie with a huge gallop to the last fence for another $10,500 in prizemoney.

The final event of the day is always a crowd favourite and this year did not disappoint. The winner of the Gollan Racing Speed Derby with an impressive clear 84.68 seconds was Clint Beresford riding SL Donato.

The facility, which has previously hosted a concert by Elton John, is the home of the biggest prize money show jumping competitions ever held in Queensland and the location for the highest level of polo tournaments ever played in Queensland.