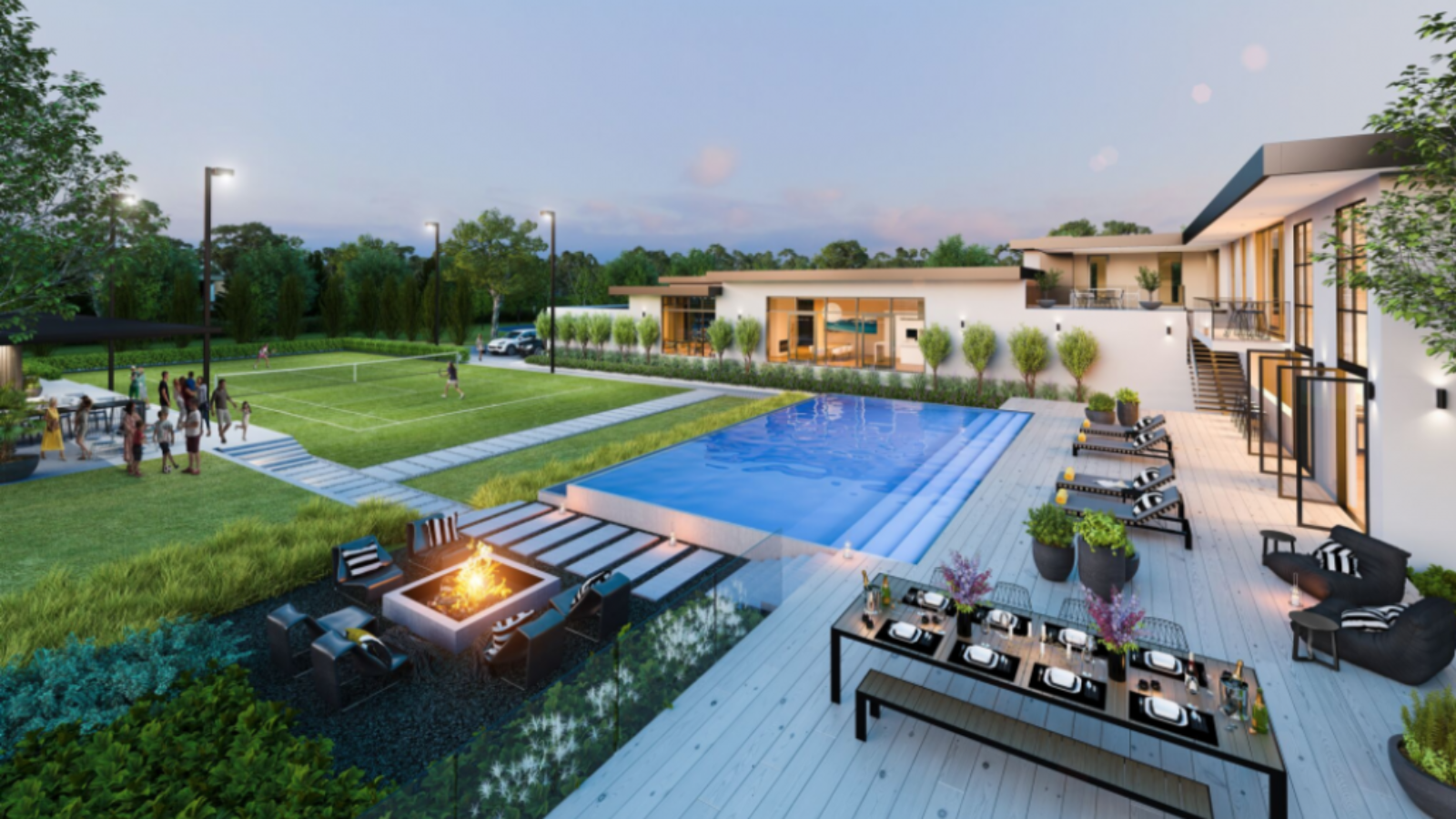 Land lots up to 3150sqm from the Madison Hill development will go under the hammer on Saturday March 18 marking Mornington’s first large scale land release in over a decade.

Madison Hill’s first 14 lots ranging from 2035sqm to 3150sqm will be auctioned on site from 1:00pm at 141 Bungower Road Mornington, 4.5 kilometres from the Mornington Peninsula beach.

Oliver Hume Director Paul Ciprian said Madison Hill was the only land development offered in the Mornington Peninsula and offered a landmark opportunity to secure large, vacant land in the popular location.

“We’ve generated more than 1100 registrations of interest in total, and welcomed more than 200 groups through on opening day, so we’re expecting a big auction crowd for March 18,” he said.

“It has been more than 10 years since land of this size, quality and location has been released,” he said.

“Each lot provides a unique opportunity to create a grand home free from the constraints imposed by space.

“One of the north facing blocks up for auction – at 3150sqm – has the widest frontage at 45 metres, and has achieved record levels of enquiry.

“Given the location of Madison Hill, the size of the blocks and the strength of the local market we expect a highly competitive auction for every parcel.”

Madison Hill incorporates a total of 47 lots ranging in size from 2000sqm to 6000sqm. Stage One is the only available land at present. The 16ha site for Madison Hill is located to the east of the township of Mornington on the cusp of the main residential area. The site is bound by Bungower Road to the south, Baldock Road to the east, the Beleura Retirement Village to the west, and farming land to the north. Mornington Tourist Railway and Mornington Racecourse is located nearby with Padua College and a number of other schools also within walking distance to Madison Hill. Mornington is located between the exclusive beachside suburbs of Mount Eliza and Mount Martha on the Port Phillip coast, about 60 kilometres from Melbourne’s CBD. The suburb has direct access to Melbourne via the Peninsula Link highway. Mornington is a cosmopolitan seaside village that offers more than a kilometre of shopping with more than 370 retail outlets, including boutiques, homeware and designer stores, sidewalk cafes and restaurants.

The suburb has experienced strong growth in house prices in recent times with the media house price in September quarter rising 9.7% to $705,000. The whole Mornington Peninsula LGA saw prices increase 5.5% for the year to $650,000.

Mr Ciprian said the Madison Hill parcels were ideal for grand, sprawling residences that made the most of the semi-rural location.

“It will be amazing to see what homes our buyers deliver on these blocks,” he said. “Living the good life on a grand scale will be easy with such impressive block sizes.”

Oliver Hume Research Manager George Bougias said the demand for land in Melbourne’s growth corridors continued to accelerate in 2016 with little chance of a slowdown in the short term.

“Based on current trends and forecasts, demand for housing in Victoria and Melbourne in particular, is set to reach unprecedented levels in the near future,” he said.