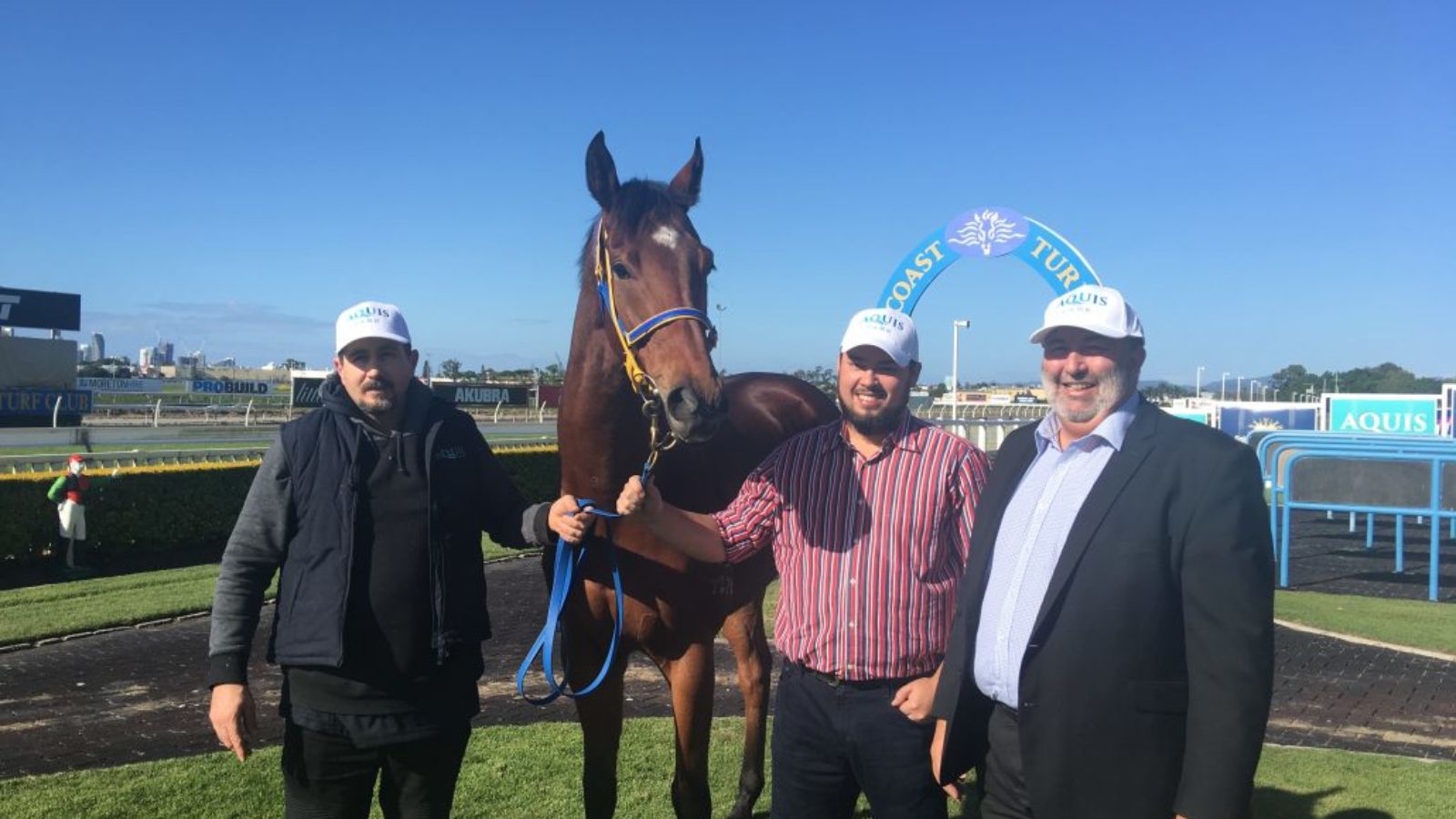 Effective 1st of August 2017, the Turf Club will be renamed Aquis Park.

This is by far the biggest deal the Club has inked to date and in the coming months the partnership will unveil a number of specific activations to bring the brands closer to its Members, equine precinct, horse owners and trainers and the general public.

The financial arrangements underpinning the partnership are confidential.

“Aquis Park will be a first for the Racing Industry in Queensland and we are excited to enter this long-term partnership with Aquis, fast becoming an iconic brand in Australia,” Gold Coast Turf Club CEO Steve Lines said.

“The synergy between the Club and this premium brand represents tremendous opportunity for us to elevate the experience for all our stakeholders and further accelerate our future plans.”

Mr Lines adds. As part of the partnership, the Club will undergo a series of staged renovations and Aquis Park will feature signage atop A.D Hollindale Stand, at the track entrance, on the Winners Post and Stalls as well as throughout the venue and organisation.

A number of strategic marketing initiatives will also be rolled out to capture the full potential of the partnership.  One being, in line with the Racing Infrastructure submission to Racing Queensland, Aquis is excited about the potential of “Night Racing”.

Aquis Australia Chairman Tony Fung said the partnership would be a important plank in growing the Aquis brand in Australia and was a further demonstration of the company’s commitment to the Queensland racing and breeding industries and the broader Queensland community.

“This deal is not only a naming rights program, but it is designed to be a true partnership between two companies dedicated to providing world class racing,” he said. “The partnership is also an important part of our strategy to improve links between the local industry and Asia in both horses and real estate. This partnership will bridge the ocean between the two industries.”

Aquis Australia CEO Justin Fung said the company was looking forward to working with the Gold Coast Turf Club to progress a range of opportunities at Aquis Park.

“We see this as a genuine partnership with a range of opportunities to grow our respective businesses by leveraging the expertise and resources of each organisation,” he said. “We have been very impressed by the GCTC’s long term vision for their facility and look forward to the next few years.”

Over the last two years Aquis has built Queensland’s largest thoroughbred racing and breeding facility – Aquis Farm – at Canungra on the Gold Coast hinterland and recently acquired the long term management rights to Emirates Park in the Hunter Valley.

Gold Coast Turf Club Chairman Brett Cook said he was excited about the shared vision, commitment and enthusiasm of the new partnership.

“On behalf of myself and The Board of Directors we are excited with this agreement and this is great news for ourselves and our members,” he said. “We are looking forward to building a very strong partnership with Aquis Australia; the racing and non racing opportunities are on the table for both parties to explore with positive times ahead for all.”

Aquis Park Raceday on August 5 will be the official public launch.