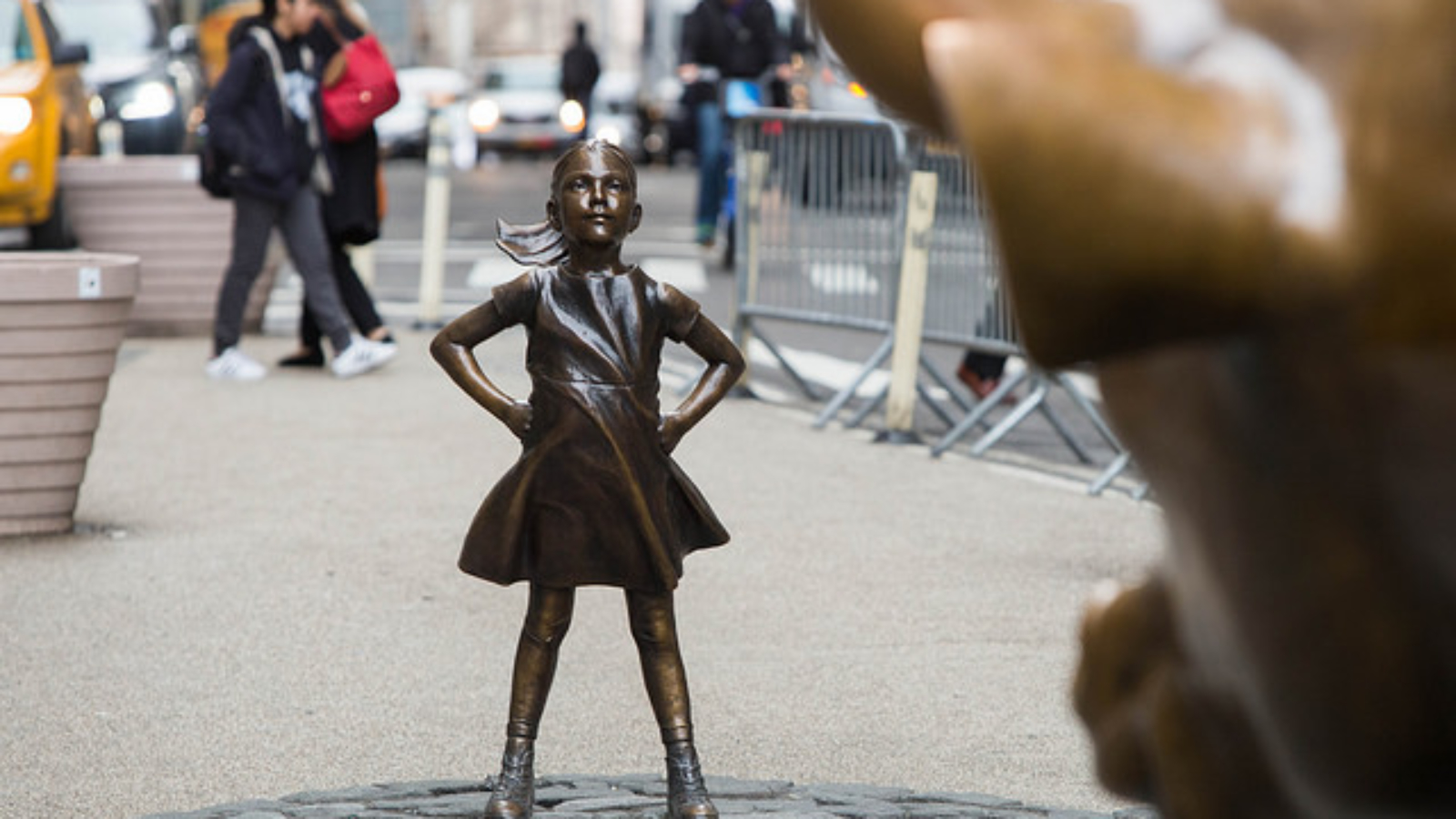 When State Street Global Advisors wanted to make a statement about boardroom diversity in companies around the world, they settled on a PR ‘stunt’ that captured public attention and ensured millions of dollars in publicity for their company and their cause.

What they didn’t bargain on was themselves being subject to action for a gender-related issue with their own employees to take the gloss off what was a well-executed installation.

The bronze statue ‘Fearless Girl’, with hands on hips in a defiant pose, was commissioned and installed near Wall Street in front of the famous Charging Bull statute which itself was commissioned following the stock market crash of 1987 to signal the American people’s strength and power.

Fearless Girl was originally installed on Wall Street on the eve of International Women’s Day 2017, accompanied by a call on the companies in which State Street Global Advisors invests to increase the number of women on their corporate boards.

Since that day, State Street – which has assets under management of nearly $3 trillion — has focused on more than 700 publicly-traded companies without a single woman on their board. Among those companies, 152 have since added a female director to their board and another 34 companies have pledged to do so. The firm has also voted against more than 500 companies that failed to take action.

The statue dominated social media from its launch, garnering more than one billion Twitter impressions in the first 12 hours, eventually reaching 4.6 billion impressions and 745 million Instagram impressions over 12 weeks. Millions of dollars in news media value has also been generated.

The statue and campaign has been successful in sending a strong diversity call into boardrooms not just in the US but around the world. She is soon to be relocated to Wall Street, opposite the New York Stock Exchange.

What wasn’t factored into the campaign was action against the company itself discriminating against hundreds of female executives by paying them less than male colleagues, according to US regulators.

In late 2017, the company announced it was paying $5 million to settle charges that it underpaid about 300 of its own female employees. Whilst it has disputed the findings of the Office of Federal Contract Compliance Programmes relating to salaries back in 2010-11, it decided to cooperate and settle in order to bring about a resolution.

The irony in the timing of the settlement of the charges was not lost on many as it occurred while Fearless Girl was still gathering massive attention for its gender-equity goal.

It shows that despite the best intentions, such a high-profile marketing ploy ensured intense scrutiny of the company and its own operations and would have caused many red faces at the Boston-based financier.

“We feel comfortable that the issue of gender diversity within our own company is an area where we are very committed,” State Street Global Advisors vice-president of marketing communications and global marketing Liz Serotte, who was part of the team who created the Fearless Girl campaign, told The Australian Financial Review.

Fearless Girl also was met with criticism from the American-Italian artist who created Charging Bull, which has stood south of Wall Street for nearly 30 years, alleging that Fearless Girl breached his copyright and distorted his artistic message and vowed to sue.