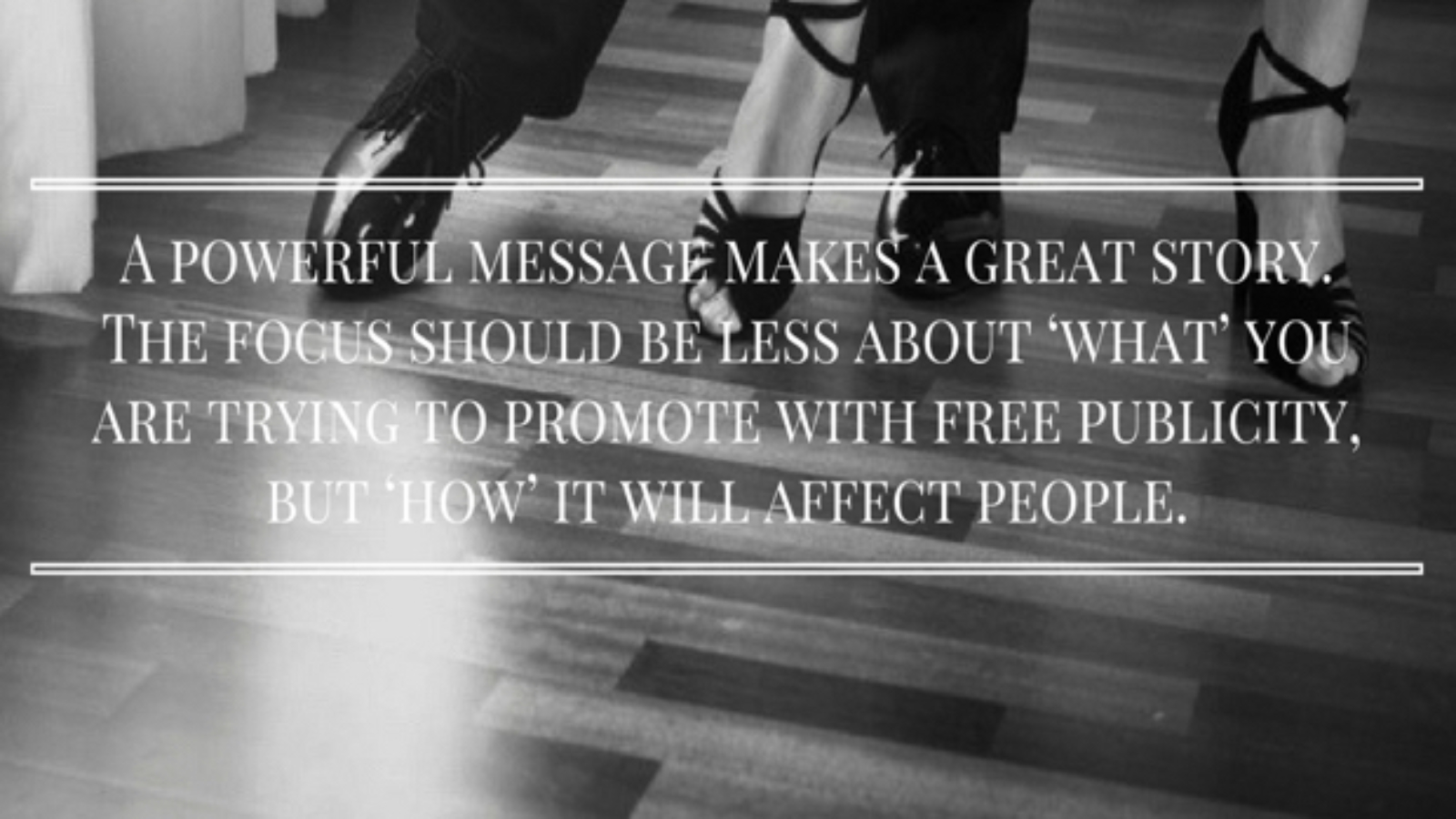 The PR community talks constantly about the concept of earned media. It’s our bread and butter, and we are always ready with an explanation as to how it differs from marketing or advertising, otherwise known as ‘paid media’. Earned media is the result of strategic thinking to bring important news to the forefront. Information earns the title when external parties, namely journalists and the media, have deemed it a worthy offering to bring to the public’s attention.

Sometimes, however, we get caught up in the message or product we are trying to sell, and the concept of earned media can get distorted. In the worst cases, earned media becomes a marketing vessel and the only thing that separates it from paid media is the platform and the price tag.

Here are a few things to consider to help keep earned media grounded in its definition.

A powerful message makes a great story. The focus should be less about ‘what’ you are trying to promote with free publicity, but ‘how’ it will affect people. It doesn’t matter how much money you or your company makes, or how important you think you are – if you don’t deliver a message people care about, you end up wasting everyone’s time.

(Of course a big company name or well-known figure adds weight to any story, but you’d be surprised to see how many shallow media releases are out there that essentially say nothing, but were distributed nonetheless because a big company thought their name alone was enough to turn heads.)

This, however, does not mean your message needs to be pandering or fabricated to make people pay attention. Just be honest, but go deeper – who benefits and who suffers from your information? What are some interesting facts surrounding the topic? Which powerful players are involved?

Why does this story need to be told?

Earned media can be spoiled

Earned media is distinguishable from paid media because its essence of honesty and purity. Journalists, in particular, are more likely to run a story if it can be interpreted as an unbiased piece of information beneficial to the public.

An audience is smarter than the cattle some perceive them to be. They can usually tell the difference between when they’re being informed, and when they’re being sold to. Only the very best marketers and writers and blur those lines, and even then, more people are wising up to PR tactics every day.

When crafting content in the hopes it will become earned media, it’s best to avoid certain behaviours like the overuse of adjectives or using a full weapons chest of empty corporate ‘buzz words’ to make simple concepts sound more amazing.

Keep that powerful message in mind, because desperate, empty and promotional prose is easily identifiable and will often lead to content that sours your message and your brand.

Free press as a result of one great story is only a small part of what makes earned media so effective. Earned media is also the right to free publicity as a result of a long-term process of establishing trust and building relationships.

Building an effective media relationship, however, is not as simple as becoming friends with journalists who will, in turn, have your back as a contact no matter what. The journalist could be your child’s godparent, but their job is still on the line if you send them terrible media releases and weak news tips in the name of flimsy self-promotion.

It’s a slow burn. Earned media relies on a strong message and engaging storytelling, but the best results come after a long and consistent period of delivering the best content possible. Over time, you will have built a foundation where publishers will see your name and immediately assume you must have something interesting to say.

Building strong relationships takes patience, strategic thinking and realistic expectations, which are words that describe the very nature of earned media to a tee.