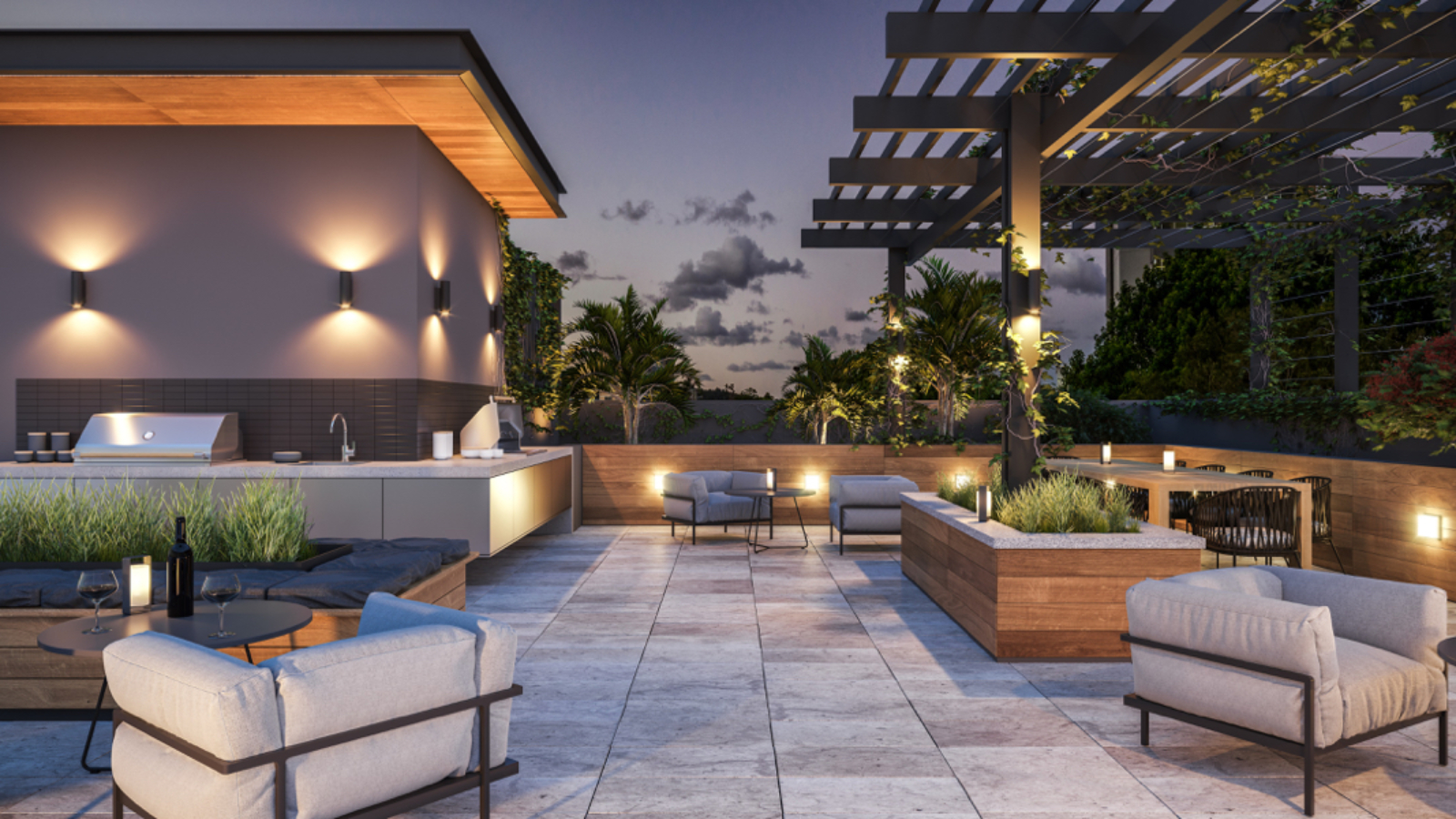 One of Beijing’s largest developers, the privately-owned Peng Bo Group, has unveiled its first project in Australia, with a $20 million boutique apartment project in the western Brisbane suburb of Indooroopilly.

Maple has acquired additional sites across Brisbane including projects at Woolloongabba (25 apartments), two projects in St Lucia (over 30 apartments) and a development site on Coronation Drive.

Peng Bo, which has developed more than 30,000 units in Beijing over the last five years also has extensive agricultural interests in Queensland with a nursery in Upper Coomera and farmland at Beerwah on the Sunshine Coast.

The company has extensive interests in and around Beijing and recently completed development of one of the largest proton therapy cancer treatment facilities in China at Zhuozhou, Hebei Province, about 70 kilometres from Beijing. Around 2,000 patients per year are expected to be treated at the Zhuozhou facility.

Proton Therapy is one of the most technologically advanced treatments for cancer and is expected to eventually replace traditional methods of radiation therapy.

“Our projects are principally aimed for the owner-occupier market rather than investors. We are focused on delivering quality in all of our developments,” Mr Zhu said.

“Each project has its own architect and interior design team to ensure individuality for owners with premium design and fittings.”

Maple Development Group’s first project consists of 29 apartments in Priory Street, Indooroopilly, with a choice of two- and three-bedroom configurations. Queensland-based company Constructions Group has been appointed to design and build the Priory Street development, with a focus on creating a luxurious and ultra-convenient experience for owner-occupiers.

Maple Development Group director Nick Liu said that the company was establishing itself in Queensland based on a reputation for selecting superior sites that will resonate with the market.

“We’re developing a pipeline of projects that will ensure a steady supply of boutique quality residences for those seeking to downsize yet not sacrificing anything in terms of quality and lifestyle,” Mr Liu said. 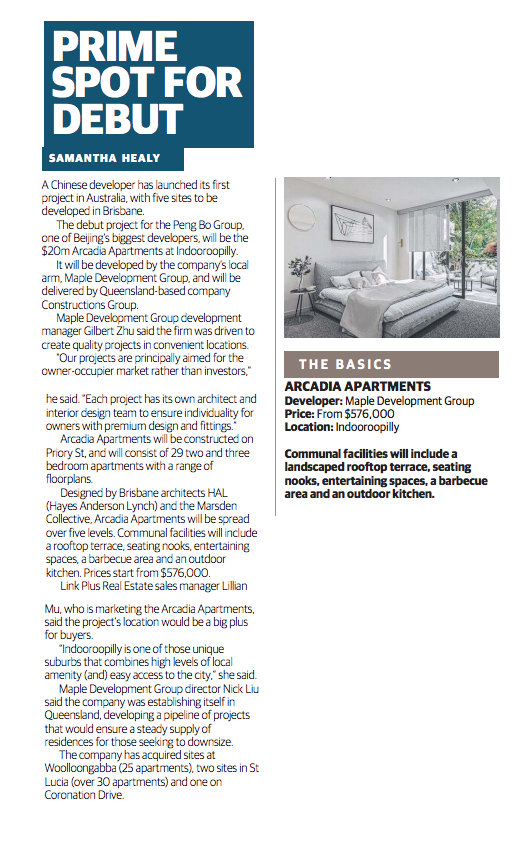 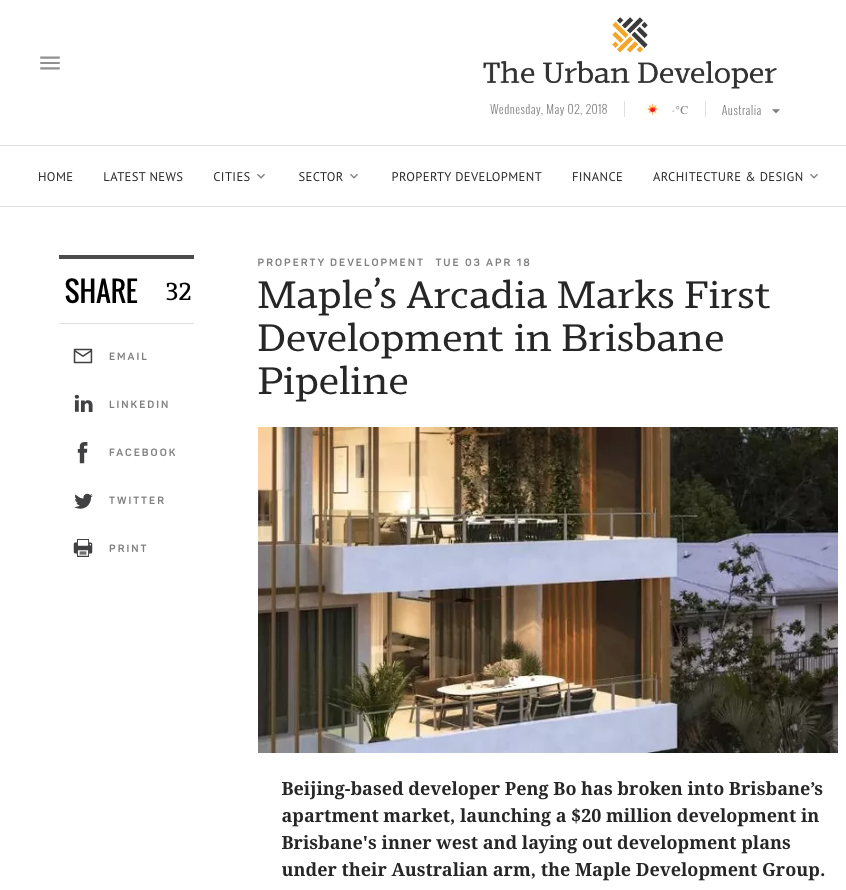